Smuggling in Lang Son is cool down

VCN – According to Lang Son Customs Department, in a previous time, the units of the Department have focused on anti-smuggling in large scale, so that destroy the smuggling group. Hence, from the beginning of the year until now, many cases have been seized and handled already that led to a number of case decrease significantly.

Base on the statistics of Lang Son Department, from the beginning of the year until now, the unit has detected, seized and handled 203 cases, collected revenue to State Budget over 3.5 billion vnd. In that, arresting 44 smuggling cases of illegal transport goods across the border; 151 cases of administrative violation; 3 cases of intellectual property violation, counterfeit good and money; 5 cases of other violations.

Furthermore, recently, on 22/4, while implementing inspection and control duty, the competent force under Doc Quyt Integrated Control Station discovered a truck with license plate BKS 29C – 434.85 on the route of Dong Dang – Hanoi. The truck was carrying nearly 700kg of firecrackers made in China.

The units also deploy the post plan at the trails, tightly control at the border gate area, working 24/24 in the critical areas ... Besides that, the units need to figure out, grasp the situation in order to find the objects, the gathering point to destroy the root of smuggling lines, Mr. Nong Van Vinh emphasised.

Preventing acts of taking advantage of e-commerce for smuggling

The undercurrent of contrabands through Kien Giang border

VCN - According to the Steering Committee 389 of Kien Giang province, although smuggling and illegal transportation of goods across the border in the area has been controlled, from the beginning of the year until now it is still complicated. Smugglers have taken advantage of the opening of border gates, the complex terrain, and loopholes in the inspection work of the competent forces to expand operations. 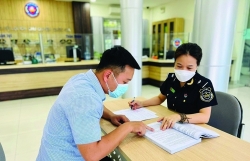 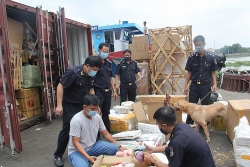 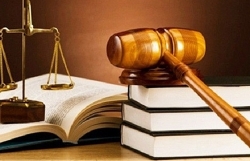