On September 7, Deputy Director of Lao Cai Customs Department Duong Xuan Sinh said the case was chaired by the Lao Cai Provincial Police and coordinated with other forces.

At the time of arrest, the two drugs smugglers were traveling on a motorbike (license plate No. 24B-974.94) while carrying a sack. When they were discovered, Vang Trung Khoa who sat behind immediately fled. However, Khoa was quickly captured by the scouting team.

At the same time, two reconnaissance of forces successfully arrested two other smugglers in the drug trafficking line were Giang A Cho (born in 1969, residing in San Chong village, Sin Cheng commune, Si Ma Cai district), and Sung Seo Vanh (born in 1988, residing in Muong Ly, Muong Lat, Thanh Hoa) with an amount of VND 1.29 billion when Vanh was at the bus station in Lao Cai city centre to take the bus back to Thanh Hoa.

According to the testimony of the subjects, Sung Phung and Vang Trung Khoa discussed buying drugs for sale and contacted Giang A Cho.

Then, Giang A Cho contacted Sung Seo Vanh and suggested if they had drugs, they would bring them to Lao Cai to sell.

At midnight of July 15 and early morning of July 16, Vanh took a bus from Thanh Hoa to Lao Cai carrying 9 kg of methamphetamine and delivered it to Giang A Cho. Then, Cho brought the drugs to Sung Phung and Vang Trung Khoa and received VND 1.29 billion and then he transferred the money to Vanh.

When the subjects had completed the transaction, the competent forces discovered and arrested them with all exhibits.

VCN - The Northern Anti-Smuggling Enforcement Unit (Unit 1 - Anti-Smuggling and Investigation Department, General Department of Vietnam Customs) is continuing to strengthen control in the area, promptly detecting and handling cases of medicine smuggling for Covid-19 treatment and medical equipment for pandemic prevention and control. 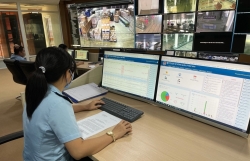 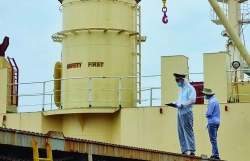