Earlier, the competent forces detected an inter-provincial and transnational drug trafficking ring with a large quantity by a group of Mong ethnic suspects who transported drugs from Laos to Vietnam across Dien Bien province to ship to a third country for consumption.

On December 5, the working team received information that Lau A Dua and ring members would transport a huge quantity of drugs from Dien Bien Dong district to Lao Cai.

The working team was divided into many groups to arrest suspects. At Lao village, Xuan Lao commune, Muong Ang district, Dien Bien province, suspects drove straight into the working group and left the car at the edge of the forest to escape when both the vehicle’s tires were punctured.

The Police force fired a warning shot to arrest Lau A So.

At the Police office, the suspects said they bought drugs from the border area to transport to Vietnam and hide over 35kg of drugs in two pickup trucks, including 99 packages of heroin and 1kg of methamphetamine.

Currently, the Working Team is implementing the second phase of the case and has issued a decision to pursue the remaining suspects.

On January 8, 2022, on behalf of the Central Party Committee and leaders of the Ministry of Public Security, Lieutenant General Nguyen Duy Ngoc, Deputy Minister of Public Security sent a letter of commendation and reward to the forces of the Drug Crime Investigation Police Department, Dien Bien Provincial Police, Border Guard Command and Customs Department.

The People's Committee of Dien Bien province awarded certificates of merit to three units and 10 individuals with outstanding achievements in tackling the case.

Airlines to give international traveller data to Customs

The data can be shared with any law enforcement agency, government departments within or outside India 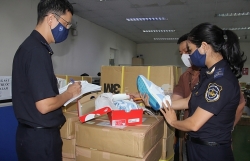 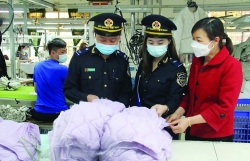 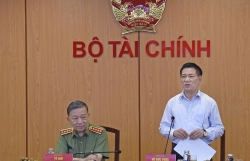