Vietnamese firms continue to win bids for rice exports to the EU and the Republic of Korea (RoK) since the beginning of the year. 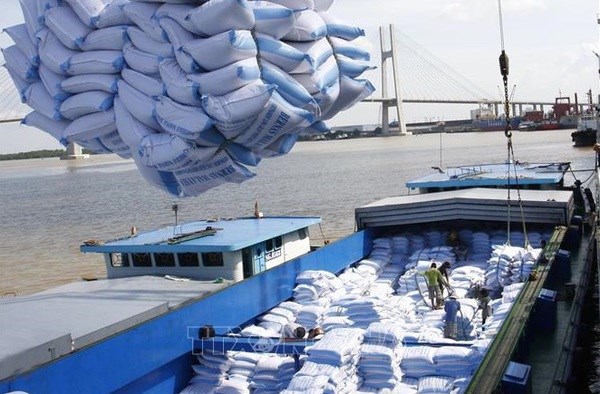 Vietnamese firms continue to win bids for rice exports to the EU and the Republic of Korea (RoK) since the beginning of the year.

Pham Thai Binh, General Director of the Trung An Company, said it won a bid to ship two batches of rice weighing over 22,000 tonnes to the RoK, which is scheduled for delivery in September and October.

Earlier, on April 19, the company signed a contract to export 11,263 tonnes to the RoK at a price of 584 USD per tonne. Delivery is due this month.

The RoK has a quota of importing over 50,000 tonnes of rice from Vietnam this year. Trung An alone has won bids for more than 33,000 tonnes.

Compared to the same period last year, the rice export value increased 16-17 percent while the volume has stayed the same. ST24 rice fetched up to 970-1,000 USD per ton when shipped to the EU.

With many free trade agreements having been signed, different types of high-quality Vietnamese rice have been shipped to the EU, the RoK, the Middle East, and regional countries such as Malaysia.

Jasmine and glutinous rice cultivation has increased since 2014, with prices rising in the Mekong Delta. In particular, demand for the IR50404 rice variety has grown due to high productivity and less pestilence./.

VCN - Despite the complicated developments of the Covid-19 pandemic, in the first five months of 2021, Binh Duong's economic sectors and fields have been able to maintain positive changes, especially the export turnover of many key commodities in the province increased sharply year on year.

Squid, octopus exports to China remain on the rise

Indian firms to seek investment opportunities in Vietnam after COVID-19