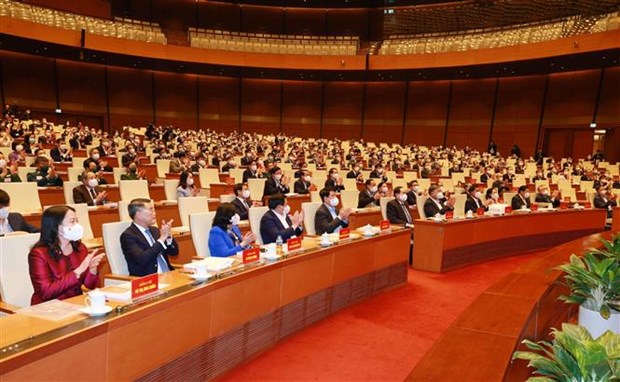 Granting an interview to the press on the occasion of the National Conference on Foreign Affairs, which opens on December 14, Minh highlighted that the Party defines international integration as a strategic orientation in the national construction and defence, which is a foundation for the design of proper policies and directions in foreign affairs and international integration activities in all pillars of Party, State and people-to-people diplomacy.

Foreign relations activities have contributed to building a peaceful environment and optimising favourable international conditions for national development, he said, noting that so far, Vietnam has set up diplomatic relations with 189 out of 193 United Nations member countries.

The Party has established partnerships with 247 political parties in 111 countries, while the National Assembly has shared relations with the parliaments of more than 140 countries. People’s friendship organisations have also partnered with 1,200 foreign civil and non-governmental organisations, he added. 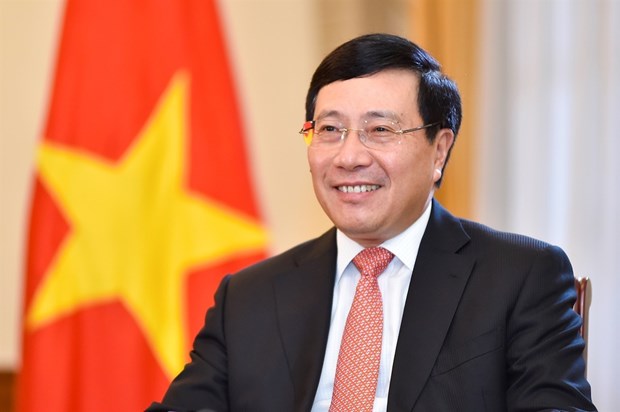 He said that Vietnam has boasted trade relations with more than 220 partners, and 71 countries have recognised Vietnam’s market economy regulations. Particularly, the country has joined 15 free trade agreements (FTAs), including new generation ones, he said.

The country’s international position has been increasingly raised through the lifting up of multilateral foreign relations and the successful performing of many important international responsibilities. To date, Vietnam has become a member of more than 70 multilateral organisations and forums in the region and the world, he said.

The Deputy PM underlined that foreign relations activities have made great contributions to the protection of national sovereignty and territory. Vietnam has basically built a borderline of peace, friendship and cooperation with neighbouring countries. At sea, Vietnam has resolutely safeguarded its sovereignty, sovereign right and jurisdiction as well as legitimate interests, while persistently dealing with disputes through peaceful measures in respect for international law.

In addition, important outcomes have been seen in activities regarding overseas Vietnamese (OV) affairs, clearly manifesting the national great unity policy as well as the sentiments and responsibility of the Party and State towards the Vietnamese community abroad and the promotion of expatriats' resources. 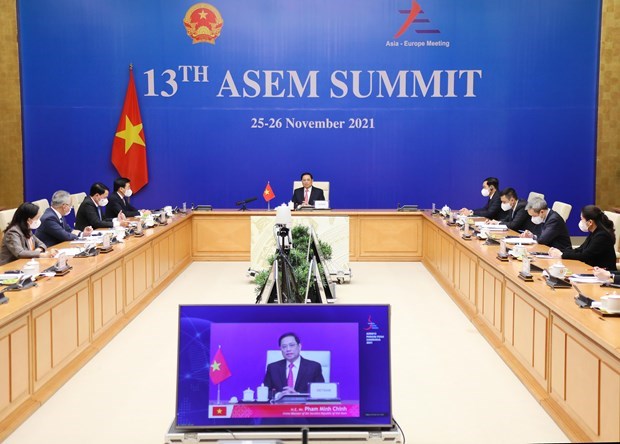 In the past two years, amid the COVID-19 pandemic, Vietnam has implemented medical and vaccine diplomacy in a timely and effective manner, thus receiving more than 151 million doses of COVID-19 vaccines and a great deal of medical supplies, contributing to pandemic prevention and control and socio-economic recovery and development.

Regarding the orientations for foreign relations in the time to come, the Standing Deputy PM clarified that the 13th National Party Congress defined the need to continue to constantly implement the foreign policy of independence and self-reliance for peace, friendship, cooperation and development, as well as multilateralising and persifying external relations, and being a friend, a reliable partner and a proactive and responsible member of the international community, ensuring the utmost interest of the country and nation on the basis of fundamental principles of the UN Charter and international law.

The 13th National Party Congress pointed out the necessity to continue to promote the pioneering role of foreign relations in building and safeguarding a peaceful and stable environment, mobilising external resources for the country’s development, and enhancing the position and prestige of the country, he said. Alongside, the congress also highlighted the need to implement foreign relations activities in a comprehensive, creative and effective manner, including Party, State and people-to-people diplomacy as well as foreign relations of agencies at all levels,sectors and localities. 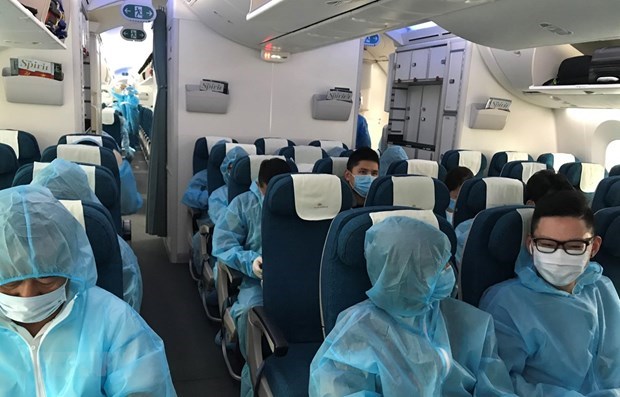 Many flights have been operated to repatriate Vietnamese citizens amid COVID-19 (Photo: VNA)

The official held that in order to successfully implement the foreign policy set at the 13th National Party Congress, it is necessary to focus on building a comprehensive and modern diplomatic sector basing on key pillars of Party, State and people-to-people diplomacy.

Besides, it is crucial to continuously deepen relationships with other countries on an equal, win-win and mutual respect spirit in line with international law, he stressed.

Minh also underlined the need to strengthen and lift up multilateral foreign relations, while promoting the country’s role at ASEAN and the UN.

At the same time, Vietnam will closely combine Party, State and people-to-people diplomacy, as well as diplomacy and defence-security, thus firmly protecting the national sovereignty and territorial integrity, he concluded./.

Vietnam’s tourism sector targets to welcome about 8 million foreign tourist arrivals from a total of 110 million next year, according to the General Administration of Vietnam Tourism.

Mong Cai city in the northern border province of Quang Ninh is preparing to welcome foreign visitors again as China will lift COVID-19 control measures and re-open its border with Vietnam from January 8.

President Nguyen Xuan Phuc will lead a high-ranking delegation of Vietnam to pay a state visit to the Republic of Korea (RoK) from December 4-6 at the invitation of Korean President Yoon Suk-yeol.