Party General Secretary Nguyen Phu Trong on April 22 required greater efforts to be made to help the Mekong Delta develop strongly in the near future. 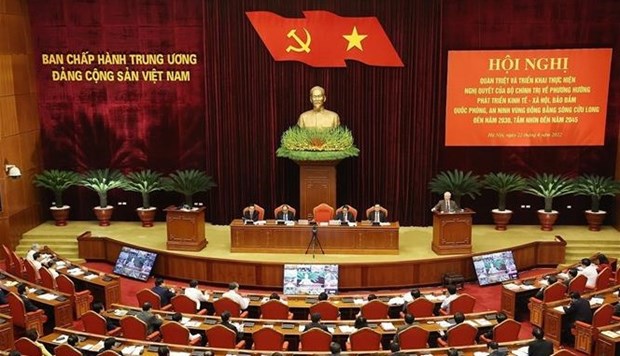 Party General Secretary Nguyen Phu Trong on April 22 required greater efforts to be made to help the Mekong Delta develop strongly in the near future.

The Party leader made the request at a hybrid national conference held by the Politburo on the implementation of Resolution No. 13-NQ/TW on orientations to promote socio-economic development and ensure security and defence in the Mekong Delta to 2030, with a vision towards 2045.

To well organize the implementation of the resolution, General Secretary Trong urged the whole political system to be fully and deeply aware of the purposes, significance, requirements and content of the resolution.

“We must define it as the responsibility of the entire political system, not just the task of the region and regional localities,” he noted.

It is necessary to create high consensus among authorities at all levels and sectors on the role, position and importance of the region and regional linkage, he said, adding that regional connection must play the role of leading the development of the whole region and each locality.

Priority should be given to fine-tuning institutions and policies for the regional development and linkage, and effectively participate in cooperation activities with Greater Mekong Subregion (GMS) countries, especially in exploiting and using Mekong River water resources.

The Party chief advised the Mekong Delta to take the advantage of the support of the central government as well as the assistance of other localities in the country, especially Ho Chi Minh City and southeastern provinces, for more rapid and sustainable economic development. 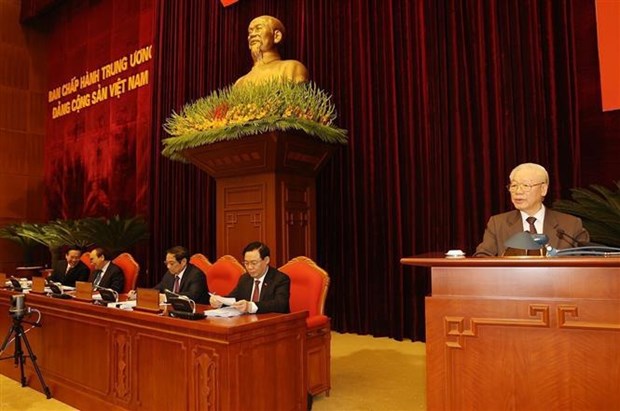 He requested the Government and central agencies to increase coordination with regional localities to urgently devise, complete, issue and implement laws and policies conducive to the region’s development.

It is necessary to well implement the regional planning for the 2021-2030 period, with a vision towards 2045 in a green, sustainable and comprehensive direction in line with the national master plan, he said.

The Mekong Delta should step up administrative reform, improve its business and investment environment, attract and effectively use resources for development investment; while allocating capital from the State budget and mobilising social resources for building key works benefiting the regional and inter-regional development.

The Mekong Delta, part of the southern key economic region, is one of the largest deltas in Southeast Asia and the world. It is the biggest food, foodstuff, aquatic products and fruit producer and exporter of the country, making up 50 percent of the nation’s rice output, 95 percent of rice export volume, 60 percent of aquatic output and 70 percent of fruit production./.

VCN - According to Deputy Minister of Planning and Investment Tran Duy Dong, the issue of regional linkages has been paid great attention by the Party, Government and State, localities have organized many activities to promote regional linkage activities. However, it is necessary to determine the potential and advantages of each locality in order to form synergy, and not compete with each other.