Shelter behind of the type of gifts

On the bill of lading, the goods were shown as food, but in fact, the Customs force seized more than 60,000 pills used in the treatment of Covid-19 such as: Favipiravir Tablets 200 mg; Favipiravir Tablets Fabiflu 400 mg; Baricitinib; Molnupiravir Capsules.

In this case, the subjects used many tricks to intentionally smuggle the above-mentioned medicines. "The subjects did not directly transport the shipment from India to Hanoi, but transferred it to Tan Son Nhat airport (HCM City) and then transferred to Noi Bai airport on a domestic flight," said a customs officer of Anti-smuggling enforcement team.

The subjects also divided the shipment and declared it in the form of gifts and gifts to smuggle in large quantities. “In fact, out of 15 packages, one person named to receive 5 packages and the other person would to receive 3 packages. Although some packages have different recipients' names, they have the same phone number. Is this actually the goods of one owner?” some customs officers directly handling the case asked.

Previously, on August 27, the Northern Anti-Smuggling Enforcement Unit worked with the Noi Bai International Airport Customs Branch to conduct a physical inspection of four infringing consignments, detecting 180 sets of illegal goods that were Covid-19 rapid test kit and 330 boxes of Arbidol - the product advertised on the market for use in the treatment of Covid-19.

Besides that, the Customs force also seized 5,980 packs of Heets brand e-cigarettes and 60 bottles of foreign alcohol, which were also imported items with conditions but undeclared and no required licenses.

On August 17 and 24, there were four shipments of imported goods from Russia to Noi Bai international airport in the form of gifts. On the bill of lading information and the customs declaration, the goods were shown as gifts, physical training equipment, glass flower vases, CD players, wooden picture frames, decorative lights, curtains., but actually it "attached" to the number of banned goods as mentioned above.

"Newly born" businesses have been smuggled

Regarding the smuggling of medicine to treat Covid-19, on August 17-18, at a warehouse in Nam Tu Liem district, Hanoi, the Northern Anti-Smuggling Enforcement Unit worked with the North Hanoi Customs Branch (Hanoi Customs Department) to check goods belonging to two declarations with suspicious signs.

However, the Customs force seized nearly 1,500 boxes of Favipiravir Tablets - anti-viral drug produced by India, which were imported goods with conditions but at the time of the inspection, there were no legal documents.

Notably, the time of opening the import declaration, Nhat Quang Pharmaceutical and Trading Co., Ltd., was already registered with the Department of Planning and Investment of Nam Dinh province to grant a business registration license for a month.

Through the above cases, it can be seen flights from India to Vietnam are potentially at high risk of smuggling western medicines. In fact, India is a country with a developed pharmaceutical industry in the world.

Talking to reporters, Head of Northern Anti-Smuggling Enforcement Team Vu Quang Toan said amid the turbulence of Covid-19, the leaders of the Ministry of Finance and the General Department of Vietnam Customs directed the Anti-smuggling and Investigation Department to strengthens inspection, supervision and control of goods related to Covid-19 treatment medicines, medical equipment and supplies for pandemic prevention and control.

Following leaders at all levels, the Northern Anti-Smuggling Enforcement Unit synchronously deployed professional measures such as firmly grasping the area, coordinating with local customs units and other forces to closely monitor suspect shipments and promptly detect and seize infringing shipments.

According to the leader of the Northern Anti-Smuggling Enforcement Unit, besides direct arrest, the team also exchanged information with local customs units, especially the customs departments at the northern border to promptly capture and closely monitor shipments for pandemic prevention and control such as ventilators, medical protective equipment to prevent and control illegal activities.

In the future, the unit will continue to strengthen control of key items, types and areas and coordinate with forces inside and outside the industry to detect, arrest, and handle these cases of violations, timely sending warning documents to local customs departments.

VCN - The Vietnam Customs School said that it is expected that in early December, the unit will organize a basic customs training course online.

The leader of the Northern Anti-Smuggling Enforcement Unit (Anti-Smuggling and Investigation Department, General Department of Vietnam Customs) said that the unit is continuing to verify and clarify the case of smuggling 17,000 pills of medicines of all kinds. 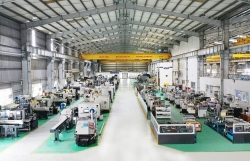 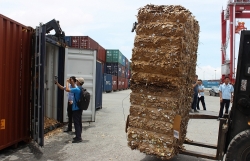 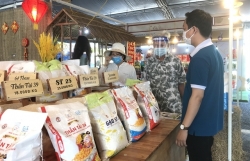