VCN - According to the Anti-Drug Enforcement Team (Ha Tinh Customs Department), since the beginning of the year, the unit has worked with forces to successfully close five special projects, arrest six subjects, seized 9 kg of ketamine, 19 kg of methamphetamine and 29,966 tablets of ecstasy, four bricks of heroin and three cars, one motorbike, three bags, and five mobile phones.

On April 10, at Km 58 of National Highway 8A in the territory of Kim Cuong 2 village, Son Kim 1 commune, Huong Son district, the Anti-Drug Enforcement Team worked with Ha Tinh Border Defence forces to arrest Nguyen Van Binh (born in 1986, residing in Nghi Van commune, Nghi Loc district, Nghe An province) while he was transporting 1 kg of ketamine and 10 kg of methamphetamine.

Not only did the control and communication work go well, the Anti-Drug Enforcement Team of Ha Tinh Customs also coordinated with the forces to set up a "shield" to prevent the Covid-19 pandemic at Cau Treo border gate. This activity has somewhat limited the trading and transportation of banned substances through the area.

Sharing about these achievements, a representative of the Anti-Drug Enforcement Team said from the beginning of the year until now, Ha Tinh Customs has worked with forces to promote patrolling and controlling the border to stop the Covid-19 pandemic from entering the area through the border gate. Thanks to the "shield", all loopholes in the activities of drug-related crimes were tightened. Compared to the same period last year, the number of arrest cases is fewer.

Since June, Ha Tinh has seen cases of Covid-19 infections in the community, so all activities are mainly focused on pandemic prevention. However, to limit acts of taking advantage of the pandemic to buy, sell and transport drugs through the area, Ha Tinh Customs still increased the number of troops in coordination with forces to strengthen control and patrol in the border areas and hot areas. At the same time, promoting communication through newspapers and the radio and web portal of the sector and hanging banners and running slogans on LED screens at units in the whole department.

Through communication work, Ha Tinh Customs hoped to help people understand the harmful effects of drugs, and at the same time raise people's sense of responsibility in the fight against drugs.

Not only did the communication go well, in the past days, the Anti-Drug Enforcement Team has also coordinated with forces to deploy many patrols to control the two sides of Cau Treo international border gate area. At the same time, to promptly detect and track suspicious objects, the unit has also been effectively implementing super-inspection, investigation, capture and information exchange with forces in the operation of drug trafficking lines and groups in the controlled areas to plan effective programmes and plans for eradication and arrest.

In the complex situation of the Covid-19 pandemic, Ha Tinh Customs said in the coming time, not only performing patrol and control, the unit would also monitor and timely forecast the situation, firmly grasp new subjects, routes, locations, methods and tricks to ensure the best results in the fight against drugs.

VCN - Regularly maintain the connection to support and take care of businesses carrying out procedures at the department; create maximum convenience, promptly solve problems, and report problems to competent authorities to reduce clearance time for firms. This continues to be an important solution for Hanoi Customs Department to perform revenue collection.

VCN - As a Vietnamese export field with tens of billions of US dollars, in the first six months of the year, textile and garment enterprises are very busy with abundant orders. In an interview with Customs News, Mr. Vu Duc Giang, Chairman of the Vietnam Textile and Apparel Association, Chairman of the Board of Directors of Viet Tien Garment Joint Stock Corporation, said that thanks to the good control of the pandemic, stable politics and macro economy, international partners have prioritized Vietnam. 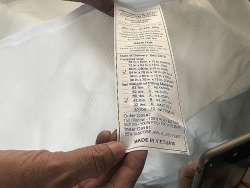 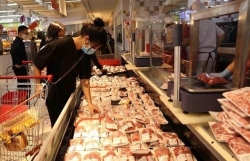 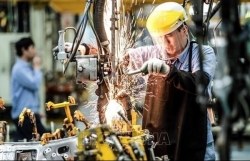