Economic development in the Southeast – new opportunities for a dynamic region

Resolution 24-NQ/TW of the Politburo on socio-economic development and defence-security ensuring in the Southeast region to 2030 with a vision to 2045 has opened up new development opportunities for localities in the region, including Ba Ria – Vung Tau province. 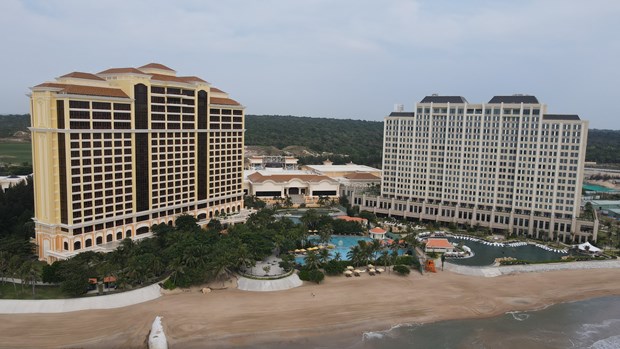 Resolution 24-NQ/TW of the Politburo on socio-economic development and defence-security ensuring in the Southeast region to 2030 with a vision to 2045 has opened up new development opportunities for localities in the region, including Ba Ria – Vung Tau province.

Secretary of the provincial Party Committee Pham Viet Thanh affirmed that the Party organization, administration, people and business community in Ba Ria – Vung Tau have reached high consensus and resolve to successfully realise the goals set by Resolution 24/NQ-TW. The province will urgently build a roadmap and plans to fully implement the resolution, he said.

Chairman of the provincial People’s Committee Nguyen Van Tho stressed that one of the regional development measures outlined in the resolution is to form a free trade zone in connection with seaports at the Cai Mep Ha area, so as to turn Ba Ria – Vung Tau into a world-class tourism centre. Tho said those measures are part of strategic policies aimed at creating a new development impetus for the entire Southeast region from now to 2030 with a vision to 2045.

To prepare for the formation of the Cai Mep Ha free trade zone, Ba Ria –Vung Tau has taken initiative in including the development of free trade zones into the province’s development master plan for 2021-2030 with a vision to 2050. The province has made planning for a Cai Mep Ha logistics centre and a pre-feasiblility report for the project to submit to authorised agencies to approve investment intention. Ba Ria – Vung Tau also rolls out investment in transport projects connecting ports and regions, while coordinating with the central government and other localities to push ahead with transport projects connecting with the Southeast region.

For the early establishment of the Cai Mep Ha free trade zone, the province will urgently take measures, including assigning professional agencies to specify the acreage of the zone and its location in accordance with the provincial master plan for 2021-2030 with a vision to 2050, as well as with land use and water surface use needs in the area.

The province will continue coordinating with ministries, sectors and localities to accelerate the pace of technical infrastructure projects, particularly transport infrastructure projects in the Southeast region and those connecting the Cai Mep Ha free trade zone with the seaport system, the Long Thanh international airport, the international financial centre in Ho Chi Minh City, industrial parks, economic zones, major cities in the Southeast region and nationwide as well as in the trans-Asia economic corridor. 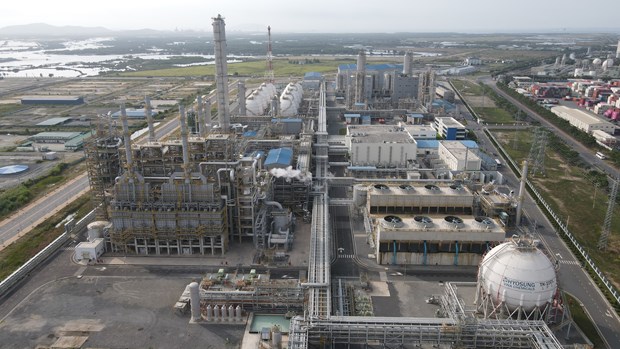 According to representatives from the Ministry of Planning and Investment, at the conference to launch an action plan to implement Resolution 24-NQ/TW and promote investment into the Southeast region, the ministry made public a list of priority projects in the region calling for investment. One of the projects inviting investment is the Ba Ria – Vung Tau section of Belt Road No. 4 around Ho Chi Minh City, with an estimated investment capital of 7,772 billion VND (330.6 million USD at current exchange rate). This road will connect the Cai Mep –Thi Vai port cluster with production hubs in Dong Nai – Binh Duong – Ho Chi Minh City – Long An (Hiep Phuoc port), thus improving intra-regional and inter-regional connectivity and facilitating urbanisation, which will contribute significantly to socio-economic development in Ba Ria – Vung Tau in particular and the Southeast region in general.

Regarding the target of turning Ba Ria – Vung Tau into a world-class tourism hub set in Resolution 24-NQ/TW, the province’s leaders noted that Ba Ria – Vung Tau is the only locality in the Southeast region that has a long coastline with beautiful beaches meeting conditions for high quality tourism. The province also boast many scenic areas with clean environment, along with numerous historical - cultural relic sites and traditional cultural festivals. An example is the Con Dao Islands, which is both a revolutionary relic site and a world Ramsar site. It is noteworthy that Ba Ria – Vung Tau is at the end of the central coast which is suitable for sea tourism plus its location near economic hubs in the Southeast region with a population of over 18 million. With those conditions, the province can become a tourism and leisure centre for the Southeast region and adjacent regions.

Chairman Tho said the province will invest in a transport network connecting areas designated for tourism development, and coordinate with ministries, sectors and localities in the Southeast region to complete the transport network in the region, including the Bien Hoa – Vung Tau expressway, the Belt Road No. 4 around Ho Chi Minh City, upgrading of Con Dao airport, an international passenger ship terminal and an inland waterway system, the Bien Hoa – Vung Tau railway and urban railway routes, so as to enhance connectivity among localities in the region in terms of tourism activities in particular and socio-economic activities in general.

The message that the province wants to send to investors is that Ba Ria – Vung Tau always welcomes ideas and investment of enterprises. All-level administrations in the province will do their best to ensure legitimate interests of enterprises as well as those of the State and the people, helping promote sustainable development of the province./.