Court reform must be central to the judicial reform strategy and the project on building and perfecting a law-governed socialist State, heard a national seminar on Monday in central Đà Nẵng City. 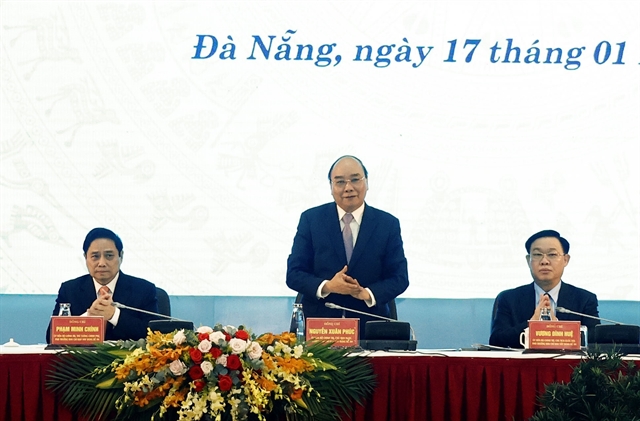 Court reform must be central to the judicial reform strategy and the project on building and perfecting a law-governed socialist State, heard a national seminar on Monday in central Đà Nẵng City.

The national seminar discussed improving the efficiency of judicial reform to meet requirements of building and perfecting a law-governed socialist State until 2030, with a vision towards 2045.

According to Chairman of National Assembly Vương Đình Huệ, after 15 years of implementing the Politburo’s Resolution 49 on judicial reform strategy until 2020, the work has achieved important outcomes.

“Our country's judicial sector has made a long step forward in protecting justice, human rights, citizens' rights as well as interests of the State and legitimate interests of organisations,” he said.

The judicial apparatus has been renovated to improve the quality and efficiency of judicial activities, he said.

The strong impacts of the fourth industrial revolution, as well as intensive and comprehensive international integration require judicial reform to continue to be promoted to better meet requirements of the new situation, Huệ said.

Delegates at the seminar highlighted an urgent need to continue to reform the Vietnamese judicial sector in the context of globalisation, international integration, digital economy, digital society and the fourth industrial revolution.

They agreed that court reform must be key to judicial reform because in the judicial system, the court has an extremely important role, as the agency to exercise judicial rights as prescribed in the Constitution, a symbol of justice, fairness and expressing the nature of the law-governed socialist State.

President Nguyễn Xuân Phúc said judicial reform must be carried out synchronously with legislative reform and administrative reform to ensure that State power is unified, with assignments, coordination and control among State agencies in exercising legislative, executive and judicial powers.

Judicial reform must inherit the achievements of the socialist Vietnamese justice system, selectively absorb progressive values and valuable experiences from other countries, suitable to Việt Nam's conditions and international integration requirements, in line with the world’s development trends, he said. — VNS

VCN - According to Dr. Nguyen Dinh Cung, former director of the Central Institute for Economic Management (Ministry of Planning and Investment), the Covid-19 pandemic has "slowed" reform efforts to improve the business environment. In order for the Covid-19 recovery process to have the best results, businesses are in need of an open, safe, and free business environment that removes all barriers.