Vietnam’s economy should get back to GDP growth of 6.8 percent next year, which will be driven by a return of strong foreign direct investment (FDI) into the market, mainly focusing on the manufacturing sector, CEO of HSBC Vietnam Tim Evans has said. 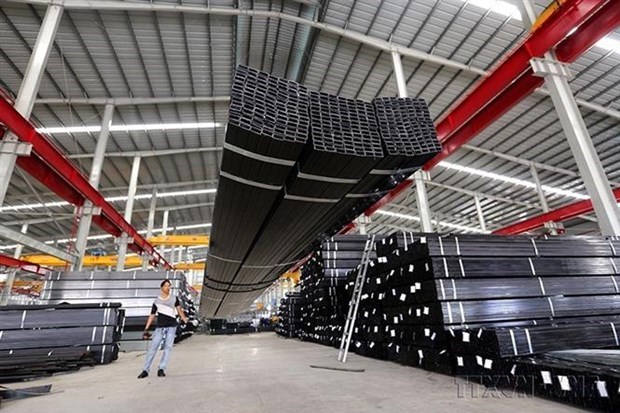 Vietnam’s economy should get back to GDP growth of 6.8 percent next year. (Photo: VNA)

Vietnam’s economy should get back to GDP growth of 6.8 percent next year, which will be driven by a return of strong foreign direct investment (FDI) into the market, mainly focusing on the manufacturing sector, CEO of HSBC Vietnam Tim Evans has said.


This would benefit Vietnam's exports, especially as free trade agreements that have been signed over the past two years start to bear fruit, according to the CEO.

The continued expansion of the middle class and in particular the rising affluent sector will lead to changes in consumption as Vietnamese start spending more and more on leisure and travel.

Infrastructure roll-out will also continue to fuel economic activity especially in the renewable/green arena given the strong ambitions made by the Vietnamese Government following the recent 26th United Nations Climate Change Conference of the Parties (COP26) in Glasgow, the UK.

Meanwhile, the World Bank (WB) said in the December edition of its Vietnam Macro Monitoring that Vietnam’s economic conditions continued to improve, with both industrial production and retail sales registered a third month of growth.

Merchandise exports hit a record high of 31.9 billion USD, helping maintain a second consecutive month of trade surplus while FDI commitment recovered after a brief dip in October, according to the report.

Compared to a year ago, the CPI rose by 2.1 percent year-on-year, slightly higher than in October, but well below the 4.0 percent target set by the State Bank of Vietnam.

The government continued its contractionary fiscal stance as the budget balance posted another month of surplus, driven by strong revenue collection, the report noted.

The policy of “living with COVID-19” will involve continued vigilance and fast action by the authorities, both in vaccination and in social distancing, testing, and quarantining. There is also clear need for fiscal policy support to boost private demand and help the domestic economy recover. Providing financial assistance to impacted workers and households would be an essential avenue to achieve this objective, according to the report.

Given the available fiscal space, and difficulties registered in implementing the budget in 2021, another policy option for consideration is a reduction in the value-added taxes for 2022 to support private consumption./.

In the first nine months of 2022, Vietnam was the third largest seafood supplier for the US in terms of volume and the 5th largest in value, data from the US National Marine Fisheries Service showed.