Vietnam should improve its legal framework to maintain the attractiveness of the domestic investment environment to foreign firms, Vu Tien Loc, President of the Vietnam International Arbitration Centre (VIAC) has said. 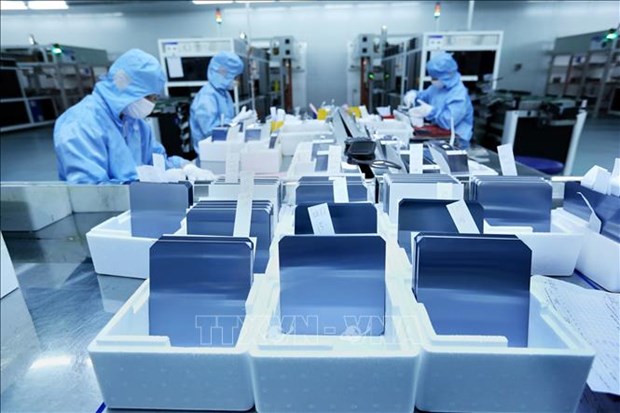 Vietnam should improve its legal framework to maintain the attractiveness of the domestic investment environment to foreign firms, Vu Tien Loc, President of the Vietnam International Arbitration Centre (VIAC) has said.

Loc made the suggestion as the extended social distancing due to the COVID-19 has affected the FDI sector in Vietnam.

Investors should be provided with necessary information and guidelines regarding legal regulations, he said, pledging that the VIAC will support FDI firms to remove obstacles and difficulties relating to legal affairs, and address business disputes.

According to Loc, foreign investors are still confident in the long-term prospect of the Vietnamese market, as well as the Vietnamese Government’s capacity to bring the pandemic under control.

Therefore, many associations, enterprises and foreign investors have promised to support the Southeast Asian nation in the pandemic combat.

It is noteworthy that the Danish toy production company LEGO Group on December 8 signed a memorandum of understanding with the Vietnam–Singapore Industrial Park Joint Stock Company (VSIP) on the building of a new plant in southern Binh Duong province.

Addressing the signing ceremony, Danish Ambassador to Vietnam Kim Højlund Christensen said this is the largest investment in Vietnam made by a Danish company, showing the confidence and optimism of Danish investors in the future of the important Denmark-Vietnam partnership.

The LEGO Group will invest more than 1 million USD in the construction of its first ever carbon neutral factory, including investment in solar energy on a 44-ha site in Binh Duong, with a hope to generate 4,000 jobs in the next 15 years.

The construction is scheduled for the second half of 2022 and the plant will go into operation by two years later.

According to LEGO, the factory will be its sixth manufacturing site in the world and the second in Asia.

Statistics show that as of November 2021, foreign investors poured 26.46 billion USD into new projects, existing projects and share purchase, of which newly-registered capital was up 26.7 percent year-on-year./.