MoIT should give more support to businesses in expanding markets: VCCI Pilot pre-authorized e-tax payment program at Vietnam National Coal-Mineral Industries Group Enterprises return to "race track" but have not been able to speed up

VCN - After months of investigation, in September 2021, the Anti-Smuggling and Investigation Department (General Department of Customs) handled a series of large-scale transnational smuggling cases with sophisticated and complex circumstances.

Customs News will publish a series of articles titled "Customs investigates and prosecutes many large-scale smuggling cases", to partly reflect the difficulties in the fight against smuggling and proactiveness and determination of the Customs force against such crimes.

How are hundreds of cubic meters of timber illegally imported?

The goods are declared as Afzeiia xylocarpa, boxed–sawn, unprocessed, 3.6m-5.8m in length and 19cm-36cm in width, 16cm-28cm in height, 100% new and originated from China and not on the list of management under CITES.

Customs stopped clearance and conducted a physical inspection. The company’s representative did not come to carry out customs clearance procedures, showing signs of evasion. After that, Team 3 issued a decision to search vehicles and goods in coordination with other competent forces.

According to the investigation and verification by the Research Institute of Forest Industry under the Vietnamese Academy of Forest Sciences, the above timber is Pterocarpus erinaceus measuring 850.681 m3 subject to import under the CITES management agency of the exporting and importing countries.

According to the valuation certificate of BTCVALUE Valuation Joint Stock Company, the infringing shipment is valued at more than VND15.6 billion.

Accordingly, the teams expanded the investigation to 50 containers of imported timber of Inbe Asia Co., Ltd.

The amount of tax evasion is nearly VND1 billion

On May 5, 2021, the Anti-Smuggling and Investigation Department decided to settle the case according to criminal proceedings and seize the evidence.

Based on the results of the investigation, verification and the results of the meeting to evaluate evidence between the Anti-Smuggling and Investigation Department and Department 3 (Supreme People's Procuracy), 50 containers of timber imported by Inbe Asia Co., Ltd. Chau is Pterocarpus erinaceus weighing 850.681 m3 were imported into Vietnam without a license. The infringing goods are valued at VND15.6 billion with missing tax of more than VND940 million.

The suspects used the legal entity of Inbe Asia Co., Ltd. to intentionally declare the wrong name of goods to import Pterocarpus erinaceus, which is a type of wood that must have a license from the CITES management agency and the value of infringing goods is over VND100 million (actually the shipment is valued at VND15.6 billion). The act constitutes the crime of smuggling, specified in Article 188 of the Penal Code 2015 revised in 2017.

At the same time, on September 5, 2021, the Anti-Smuggling and Investigation Department issued a decision to prosecute criminal case 04/QD-DTCBL on the crime of smuggling as mentioned above and issued Official Letter 863/ĐTCBL-D7 requesting the Supreme People's Procuracy to issue a decision to transfer the criminal case on smuggling to the Investigation Police Agency (Ho Chi Minh City Police).

Customs enhancing solutions for budget collection for rest of the year

VCN – Facing the complicated developments of the Covid-19 pandemic, to achieve budget revenue target assigned by the Ministry of Finance, the General Department of Customs has asked the heads of units across the whole sector to continue effective implementation of assigned tasks, focusing on enhancing solutions for budget collection in the rest of the year.

VCN - Through the fight against smuggling, trade fraud and counterfeit goods between January and September of 2021, the authorities have collected and remitted to the state budget an amount of up to VND7,519 billion.

VCN – Ha Nam Ninh Customs Department has actively worked with importers and exporters in the area to grasp their production plans, thereby providing assessments and solutions to support them, the department said. 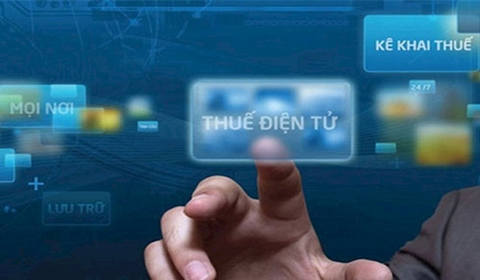 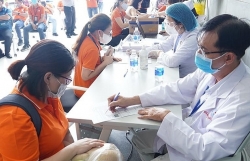 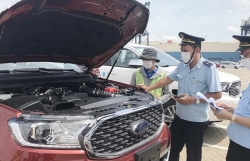