Customs successful in tasks for 2021

In 2021 when the Covid-19 pandemic has been developing in the country and around the world, affecting all aspects of our country's socio-economic life, but motivated by the efforts and determination of the whole customs sector, the General Department of Customs achieved remarkable results.

The GDVC’s report highlights that Vietnam recorded US$668.5 billion in trade in 2021, up 22.6% or US$123 billion year-on-year. Imports and exports grew positively throughout the country, especially in the key economic regions of the North and the Southeast.

Typically, Bac Ninh Customs Department saw the highest trade turnover in the country with US$153.14 billion (updated from early year to the end of December 15), rising 21.5% year-on-year.

In addition, imports and exports of customs departments in 19 southern provinces and cities, despite the Covid-19 pandemic, rose by 16% year-on-year and made up about 41% of the country’s turnover.

Meanwhile, the number of enterprises engaging in import and export slightly decreased by 1.2% year-on-year to 93,000 enterprises.

According to reporting period from December 16, 2020 to December 15, 2021, the customs force handled 14,568 cases, with the value of infringing goods of VND2,709 billion. Of which, administrative cases recorded 14,200 with a fine of VND291billion to the State Budget and criminal cases transferred to other agencies to the court was 176.

A driving force for new goals in 2022

Speaking at the Conference, Deputy Minister of Finance Vu Thi Mai praised and congratulated the GDVC for its achievements in 2021, especially important tasks such as budget revenue; administrative reform, customs modernization; and anti-smuggling work.

Director General Nguyen Van Can said the achievements result from seriously following the Resolution of the 13th National Party Congress and timely guidance and management of the Government and the Ministry of Finance, with the spirit of accepting difficulties and challenges, promoting creativity, making efforts to overcome difficulties and aiming for pandemic prevention and trade facilitation.

The GDVC General Department of Customs directed its units to proactively take effective measures to control and prevent the pandemic while ensuring customs management and facilitating the business community.

Thus, the achievements in 2021 are not only the result of a year of overcoming difficulties, but also a premise and a driving force for the Customs sector to strive towards new development goals in 2022 and the following years.

A key task set by the General Department of Customs in 2022 is to accelerate the implementation of the Customs development strategy for the 2021-2030 period right after it is approved by the Prime Minister; and to follow the Government's resolutions on macroeconomic management, towards the general goal of building a regular and modern Vietnam Customs, on par with the Customs administrations of developed countries in the world, leading in implementing Digital Government, with the Smart Customs model.

Regarding the fight against crime, smuggling and trade fraud, customs will seriously follow directions and work plans of the Government, the Prime Minister, the 389 National Steering Committee, the Ministry of Finance on strengthening the combat against smuggling, trade fraud, counterfeit goods, poor quality goods and crimes.

VCN - In November, Bac Ninh Customs Department held a conference on signing a Memorandum of Understanding (MoU), an action plan for a pilot program to support and encourage businesses to comply with the customs law voluntarily. 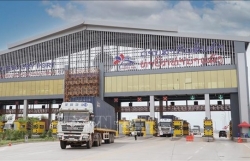 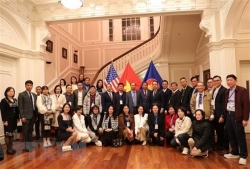 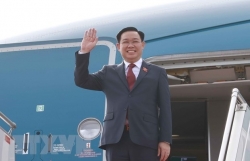