VCN – Many people take advantage of e-commerce to trade in fake and poor-quality cosmetics. Meanwhile, competent forces do not have enough effective tools to monitor and track transactions as well as retrieve subjects of the transaction, business location, or storage location.

According to Directorate of Market Surveillance (DMS), the advertisement and selling of cosmetics on e-commerce, the internet, social networks, online applications are increasingly popular.

This is a favorable environment for violators take advantage of this environment to avoid inspection and control of competent authorities in order to sell fake and poor quality cosmetic products. Fake cosmetics, goods infringing intellectual property rights are produced sophisticatedly so it is difficult to distinguish them from the real thing.

Competent forces (Police, Market surveillance, etc.) have discovered and handled many domestic production and packaging establishments of fake and poor quality cosmetics (self-mixing of ingredients, packaging, mixing, distribution) and smuggled cosmetics. There were batches of fake cosmetics seized by the competent forces, the subject produced cosmetics from abroad, and then transported them to Vietnam. Besides that, a number of fake cosmetic production facilities that were "noted" by competent forces were also fully equipped with tools and machinery for dispensing, packaging, labeling.

Deputy Director of the Professional Operation Department (Vietnam Directorate of Market Surveillance) Nguyen Duc Le said that fake and poor quality cosmetics on the market, as well as raw materials to produce fake cosmetics, were mainly imported from abroad, smuggled and hand-carried to Vietnam for consumption.

There were cases where cosmetics smuggled into Vietnam had not yet been labeled with fake labels. After being mixed, extracted, packed, etc., those items were labeled with famous brands in order to bring to the market for consumption. Not only that, the subjects also took advantage of e-commerce to trade in fake goods, infringing intellectual property rights, unknown origin, poor quality, and unsafe.

This also caused difficulties for competent forces due to the lack of effective tools to monitor and track transactions as well as retrieve transaction objects, business locations, and storage locations.

Consumers should be wary

In order to fight and prevent the issue, besides actively collecting information, surveying the market and strengthening inspections as well as handling of violations, DMS has directed the local market surveillance forces to disseminate and sign commitments to each business household in key areas to raise awareness and help business establishments proactively and voluntarily avoid counterfeit and poor quality goods. Along with that, actively working with competent authorities such as Customs and Police to enhance information sharing and coordination in the fight against fake and poor quality cosmetics.

For imported cosmetics, consumers needed to carefully understand the origin of the cosmetics, especially the sub-labels in Vietnamese must be full of mandatory information which complied with Vietnamese laws, manufacturing and exports and imports information must be clear.

Furthermore, consumers should also be wary of unusually low-priced products, products that were too cheap compared to the market can potentially pose a risk of unsatisfactory quality, counterfeit goods, etc.

Consumers needed to respond promptly when detecting violations in trading cosmetics to competent authorities such as: market surveillance, police in order for them to be handled as well as protect their legitimate interests in a timely manner.

VCN - Due to the impact of the Covid-19 pandemic, the post-clearance audit of HCM City Customs Department since the beginning of the year has been mainly carried out at the Customs office, which has increased revenue by over VND25 billion.

VCN - As the largest import-export area in the North, before, during and after the Lunar New Year in 2022, Hai Phong port area is forecast to have many potential risks of smuggling, trade fraud, and illegal transport of goods across the border, especially consumer goods such as alcohol, beer, tobacco and cosmetics.

Recognising many violations through e-commerce

VCN - Taking advantage of the e-commerce market, people have intentionally mixed fake and poor quality goods to sell on websites, e-commerce exchanges and social networks. This is not only harming consumers but also causing loss of revenue to the state budget. 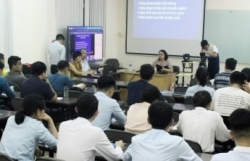 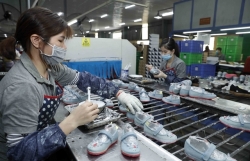 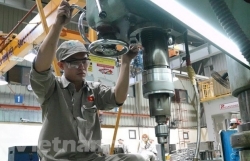