Vietnam's economic recovery forecast to be on track

Vietnam’s real GDP would grow by 2.6 percent in 2020 and hit an 8.2 percent rebound next year, Fitch Solutions has forecast. 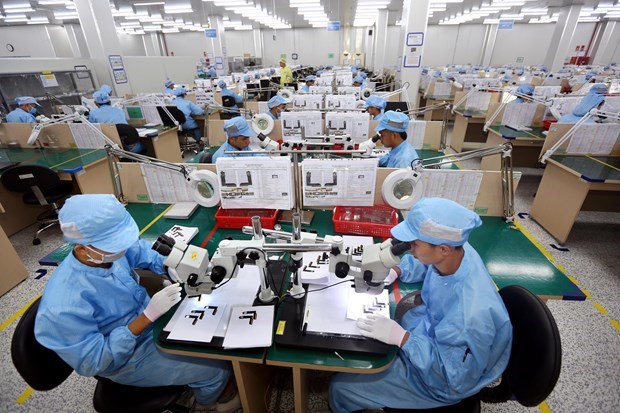 Vietnam’s real GDP would grow by 2.6 percent in 2020 and hit an 8.2 percent rebound next year, Fitch Solutions has forecast.

According to a report released on October 1, the UK-based financial information services provider said its forecast continued to reflect its view for Vietnam’s economic recovery to gain steam in the final quarter and into 2021, supported by manufacturing, construction and services.

“Accordingly, we forecast real GDP to stage a strong rebound to 8.2 percent in 2021, assuming freer international movement of persons, which would support a tourism rebound and better containment success externally for most of the year, especially in major export destinations for Vietnam such as the US and Europe, which would support external demand,” it said.

“We expect growth of the industrial and construction sectors, which accounts for about 35 percent of GDP combined, to only strengthen slightly in the final quarter.”

Fitch expects manufacturing growth to strengthen in the final quarter and into 2021 although a weak external economic environment could cap gains in this segment.

This is because the Vietnamese manufacturing sector is already extremely dependent on trade, with exports at almost 110 percent of GDP. While China, Vietnam’s second largest export destination, appears to be showing promising signs of a V-shaped economic recovery following effective containment of its domestic COCID-19 outbreak, other large exports destinations such as the US, Japan and the Eurozone countries are set to face economic contractions in 2020 with the US and major European countries in particular facing a resurgence of infections domestically, which clouds Vietnam’s export growth outlook.

“We believe that public efforts such as the change in financing methods for three sub-projects under the Eastern North-South expressway project from public-private partnerships (PPP) to public investments has accelerated the progress of these sub-projects.”

This was mainly due to the lifting of domestic movement and travel restrictions which allowed for some normalisation of economic activity and domestic tourism to support sub-sectors such as retail, hotels and restaurants, transport and warehousing, with financial services growth rising in line with the general economic recovery.

Finally, Fitch said growth in the ‘agriculture, forestry and fisheries sector (14 percent of GDP) would remain fairly low and stable so long as cultivation did not experience any major supply shocks from bad weather, and thus should not deliver a material change to headline growth./.