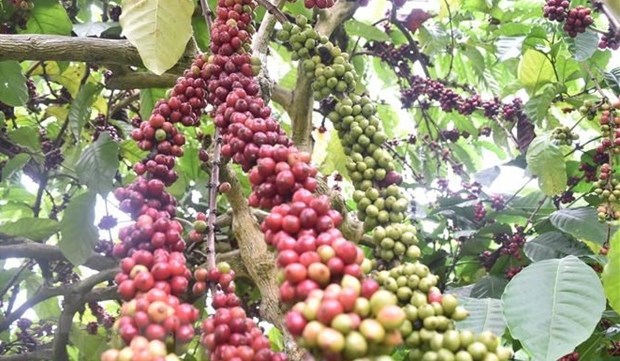 
According to a project approved recently by the ministry, the productivity is expected to rise to 3.5 tonnes of coffee bean per ha, with an income 1.5-2 times higher than before, the ministry said.

The ministry attention will be paid to stepping up scientific and technological application, as well as technological transfer, while building standardised irrigation systems. 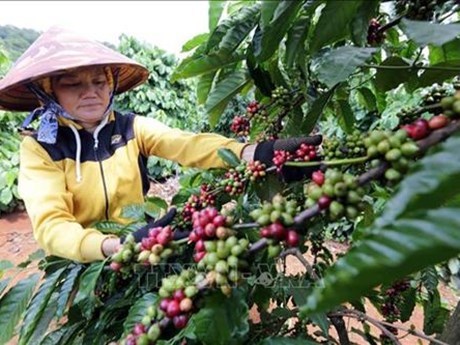 
Support policies will also be rolled out, aiming to reduce losses, encourage cooperation and connectivity in production and consumption, and promote organic agriculture.

Speaking at a recent conference held in Buon Me Thuot city, the Central Highlands province of Dak Lak, Deputy Minister of the MARD Le Quoc Doanh urged businesses, industry associations and international organisations to coordinate with the MARD’s relevant agencies and localities to develop technical manuals and organise training classes on coffee replanting to directly support people during the replanting scheme.

He stressed that the Tay Nguyen Agriculture and Forestry Science Institute (WASI) need to continue research and test to produce new coffee varieties serving the replanting demand of the provinces, paying attention to producing coffee and tea varieties for both the central and northwestern regions.

According to the MARD’s Department of Crop Production, coffee is one of Vietnam's main industrial crops, ranking second in the country in terms of area with 710ha.

Vietnam's coffee yield is over three times higher than the world's coffee yield, with a production of 2.8 tonnes/ha. The country has dominated the coffee industry as the second-largest producer in the world behind Brazil.

In 2021, Vietnam's coffee exports reached 1.52 million tonnes, worth of about 3 billion USD, down 2.7 percent in volume, but up 9.4 percent in value year on year. Last year, Vietnam mainly exported Robusta coffee./.