Vietnam reported a trade deficit of 1.35 billion USD in the first half of June as exports reached only 12.3 billion USD – down nearly 2 billion USD compared to the latter half of May, the General Department of Customs has announced. 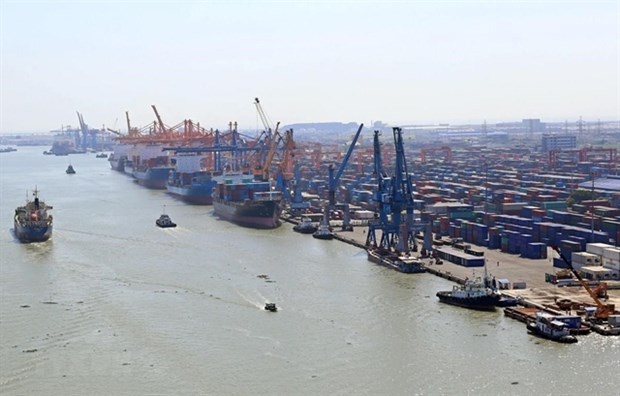 Vietnam reported a trade deficit of 1.35 billion USD in the first half of June as exports reached only 12.3 billion USD – down nearly 2 billion USD compared to the latter half of May, the General Department of Customs has announced.

Since the beginning of this year to mid-June, the nation’s trade value surpassed 288.6 billion USD. Of the sum, over 143.3 billion USD came from exports, up 30 percent year-on-year while the remainder of 145.3 billion USD was from imports, up 36 percent. That resulted in a trade deficit of 1.96 billion USD, the department said.

According to trade experts, the above-mentioned trade deficit was not a worrisome figure as enterprises ramped up their imports of input materials to meet their production demands.

Tran Thanh Hai, Deputy Director of the Import-Export Department under the Ministry of Industry and Trade (MoIT), said at the MoIT’s regular press meeting for the second quarter last week that the import of production materials currently accounted for a high proportion, especially in garment and footwear sectors, thus pushing up the import value, affecting the trade balance.

The COVID-19 resurgence in late April had certain impacts on many production industries which had started to recover such as electronics and mobile phones. However, exporting enterprises which already had orders still had to import raw materials and accessories for production. Thus, an import increase should be considered a good sign rather than a cause for concern, Hai said.

According to the MoIT, exports are set to increase by about 21.7 percent by year-end compared to the year’s respective targets of 4-5 percent.

To this end, the ministry would continue to give priority to promoting trade connections between Vietnamese enterprises and foreign partners, and the introduction of made-in-Vietnam goods to domestic and international consumers.

Last year, the country’s trade surplus hit a record high of 9.9 billion USD, the highest level seen in the past four years./.