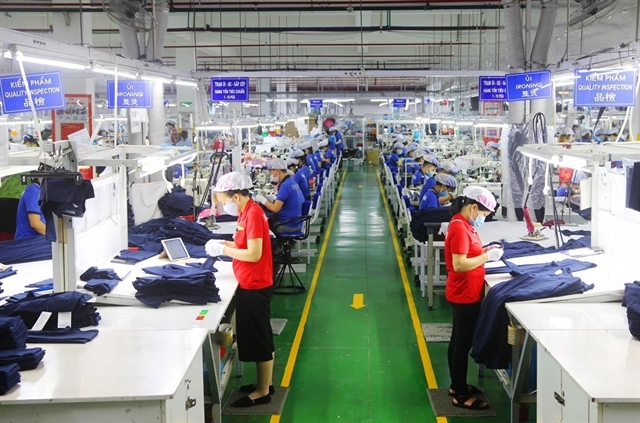 There were 76,233 newly-registered enterprises in the first six months of this year, an increase of 13.6 per cent compared to last year.

This is the first time that the number of newly-established enterprises in the first six months has exceeded 70,000.

Data from the Business Registration Management Agency, Ministry of Planning and Investment, showed that 116,900 enterprises were entering or re-entering the market in the first six months.

Accordingly, Hà Nội has 14,628 newly-established enterprises, up 9.8 per cent yearly.

HCM City has 22,469 newly established enterprises, a year-on-year increase of 11.5 per cent.

Meanwhile, the number of enterprises returning to operation in the first six months of this year was 40,667, an increase of 55.6 per cent over the same period last year and 1.9 times higher than the average in 2017-2021.

In the opposite direction, 83,570 businesses withdrew from the market in the first six months of this year, a year-on-year growth of 19 per cent.

Enterprises withdrawing from the market are mainly temporarily suspending their businesses, with 50,909 enterprises, accounting for 60.9 per cent.

Enterprises temporarily suspending business were mainly in the fields of wholesale, retail, car and motorbike repairing (18,417 enterprises, accounting for 36.2 per cent), construction (7,206 enterprises, 14.2 per cent) and processing and manufacturing industry (5,948 enterprises, 11.7 per cent). — VNS

VCN - To remove difficulties and help people and businesses overcome obstacles caused by the COVID-19 pandemic, the Government has issued many support policies on taxes and fees. As soon as the policies were issued, the whole tax sector quickly implemented them to support people, business households and businesses in a timely manner.

With a population of nearly 100 million and strength in cultivating spice plants, Vietnam has substantial potential for spice production, consumption and export.

The Ministry of Industry and Trade (MoIT) and the Ministry of Agriculture and Rural Development will step up support for the Vietnamese business community to effectively exploit opportunities from the Regional Comprehensive Economic Partnership (RCEP), contributing to export promotion and economic development.