The Ministry of Finance (MoF) has just proposed to increase export tax on gold products of less than 95 per cent purity to 2 per cent from 0 per cent. 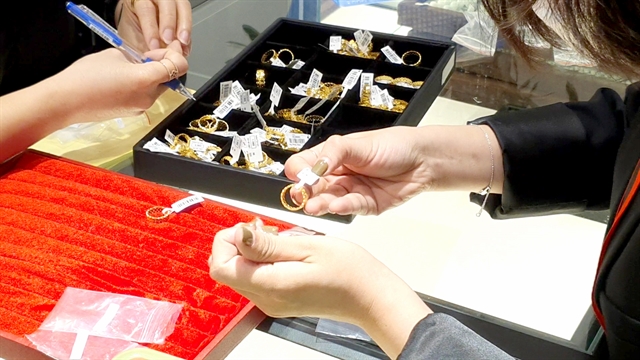 The Ministry of Finance (MoF) has just proposed to increase export tax on gold products of less than 95 per cent purity to 2 per cent from 0 per cent.

The proposal is in the draft decree to amend and supplement Decree 122/2016/ND-CP on export tariffs, preferential import tariffs, list of goods and flat-rate duties, mixed tariffs, and out-of quota import tariffs.

With the existing regulations on trading, importing and exporting gold, there are two export tax rates of 0 per cent and 2 per cent for gold, gold jewellery and fine works of at least 8 karat purity.

Companies are not allowed to export raw gold, only fine works and gold jewellery under the Business Registration License.

However, recently, there has been a phenomenon of gold exporting enterprises declaring gold fine works of less than 95 per cent purity and declaring the customs code with a tax rate of 0 per cent.

As the tax base for exported gold is still according to the enterprise's declaration, the customs authority does not have enough basis for inspection and verification. Meanwhile, companies conducting gold quality inspection before exporting all declare that the gold is below 95 per cent purity, the re-examination documents of foreign partners also show the same results, causing the risk of lost tax revenues.

MoF said that the world and domestic gold markets have fluctuated strongly in recent years, mainly due to the uncertainties of the world economy, trade wars, a well as a sharp drop in the US dollar compared to other major currencies, and especially the complexity of the pandemic, affecting investors’ sentiment all over the world.

Gold exports surged recently. Data compiled by the General Department of Customs showed that in the first half of this year, the export turnover of gold reached US$380 million.

Last year, there were 469 enterprises exporting and importing gold products including pearls, precious stones, semi-precious stones and their products, jewellery made of other materials, and metal coins. VNS

The Ministry of Finance (MoF) is proposing a 30 percent reduction in the corporate income tax which enterprises must pay in 2021 in a draft resolution on budget collection solutions which is to be submitted to the National Assembly’s Standing Committee for approval.

VCN - The Ministry of Finance has sent a written response to Binh Minh Import-Export and Investment Joint Stock Company on the VAT policy on polished round stone products, coating Na2CO3 and NaOH used for interior and exterior decoration to replace paint products in the construction industry.

The General Department of Taxation under the Ministry of Finance (MoF) is studying a proposal on increasing the threshold of taxable revenue for individual landlords renting out houses. 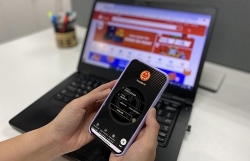 Ready to launch an app of e-tax on mobile devices
Lastest
Authority of leader of Criminal Investigation Team to be added Instructions for inspecting shipments of medicines and medicinal ingredients Supplementing provisions for luggage of passengers on exit and entry Amendment of regulations on customs valuation for clarifying calculation methods and exchange rates Five issues related to goods in transit studied for revisions C/O form D available on National Single Window from August 1 Handling of tax on goods that cannot be produced domestically Customs authorities only manage tax collection and refunds of overpaid tax at the import stage Revised Decree 08/2015 ensures customs control and facilitates enterprises Can fines and late payment interest be exempted in case of force majeure?