Effective policies applied by the Vietnamese Government have contributed to the country's positive good economic results so far this year, according to Era Dabla-Norris, Mission Chief to Vietnam and Division Chief in the International Monetary Fund (IMF)'s Asia and Pacific Department. 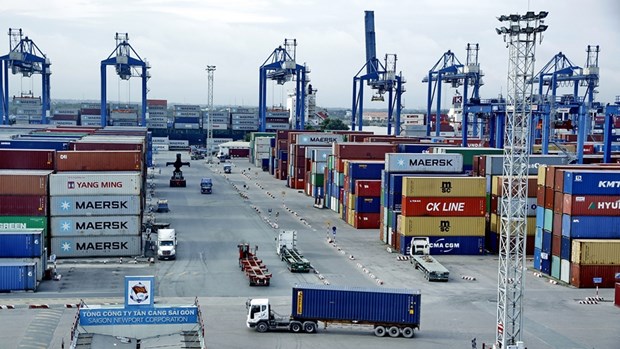 Effective policies applied by the Vietnamese Government have contributed to the country's positive good economic results so far this year, according to Era Dabla-Norris, Mission Chief to Vietnam and Division Chief in the International Monetary Fund (IMF)'s Asia and Pacific Department.

The first nine months of 2022 saw the fast recovery of the Vietnamese economy when COVID-19-related restrictions were removed.

The gross domestic product (GDP) in the first three quarters of this year expanded 8.83%, motivated by strong production and exports as well as the growth of retail and tourism.

Speaking to Vietnam New Agency, Dabla-Norris said that Vietnam’s inflation has stayed at a lower level than the majority of countries in the region.

Highlighting some policies that have contributed to the economic results so far this year, she mentioned the Vietnamese Government’s switching of the COVID-19 control strategy and the complete reopening of the country’s economy in March thanks to the super-fast vaccination campaign. This was the key for the resumption of economic motivations, she held.

The expert also underlined the country’s low interest rate and responsive monetary policies that have allowed businesses to return to operation, along with tax cuts to support labourers including income and environmental taxes to minimise the impacts of the global petrol price hike, and price freezes for some services, including power, healthcare and education, which have contributed to keeping inflation under control.

However, Dabla-Norris pointed to a number of challenges that Vietnam is facing, and gave a number of recommendations, especially on monetary and fiscal policies. She also welcomed the expansion of the trading band for the exchange rate recently, and advised Vietnam to maintain inflation at around 4% in 2023.

She underscored the need to maintain flexible policies and the stability of the financial system, along with the improvement of the business environment and the productivity of domestic firms as well as the capacity of labourers, and continuous economic digitalisation. Vietnam should also focus more on implementing reform policies in climate change to complete its target of net-zero emissions in 2050, she added.

In its latest global economic outlook report, the IMF predicted that the world economy will see a fall of 2.7%, while Vietnam will enjoy a growth of about 5.8%./.