VCN - In 2021, foreign capital invested in the banking and financial sector of Vietnam is increased, with deals amounting to more than US$1 billion. It is forecast that in 2022, this wave will be even stronger with larger deals.

Most recently, in the Series E funding round, Momo e-wallet of Online Mobile Services Joint Stock Company (M_Service) received about US$200 million, raising the company's valuation to more than US$2 billion. This funding round has the participation of investors such as Mizuho, ​​Ward Ferry, Goodwater Capital and Kora Management. In which, Mizuho - Japan Global Bank led MoMo in this funding round.

Daisuke Horiuchi, CEO of Mizuho's retail business, said that the cooperation with MoMo will help promote financial inclusion in Vietnam, as Mizuho is constantly searching and opening retail businesses in Southeast Asia. Mizuho has been a shareholder and strategic partner of Vietcombank since 2011.

Previously, at the end of October 2021, VPBank officially completed the sale of 49% of FE Credit's capital to a partner SMBC (Japan), earning nearly $1.4 billion. This is the highest value merger and acquisition (M&A) deal ever in the financial - banking sector and also the largest M&A deal in Vietnam in 2021.

Also in the field of consumer finance, at the end of August 2021, SHB signed agreements to transfer charter capital at SHB Finance to Ayudhya Public Bank Limited (Krungsri) of Thailand - a member of MUFG Group (Japan).

According to the agreement, SHB will transfer 50% of the charter capital of SHB Finance to Krungsri and will continue to transfer the remaining 50% of capital after 3 years. The value of the deal was not disclosed by SHB, but sharing in Nikkei Asia, a representative of Krungsri said that the bank will spend 5.1 billion baht (equivalent to US$155.77 million) to buy back SHB Finance, equivalent to about VND3,600 billion.

Along with the deals, by the end of 2021, the banking industry will have a lot more information about the sale and transfer of shares in banks or financial companies under the bank, with results and profits. Positive profits are expected to be collected in early 2022.

For example, at a recent investor meeting, Nguyen Hoang Linh, General Director of MSB, said that in 2021, MSB signed a confidentiality agreement with foreign partners on the sale of 100% of shares at FCCOM. This deal is expected to bring about VND1,800 - VND2,000 billion in profit for MSB in 2022. This figure is 4 times higher than the valuation that some analysts forecast previously.

Another deal is OCB, which plans to issue 70 million shares to foreign investors privately, in the fourth quarter of 2021. If successful, this deal will increase the foreign ownership ratio in OCB to 30%.

Commenting on the banking-finance M&A market, Mr. Pham Van Thinh, General Director of Deloitte Vietnam, said that this market will be active again when the pandemic is under control. Moreover, thanks to very positive business results of most Vietnamese banks and large market space, even though bad debts are at risk of increasing due to the impact of Covid-19, domestic banks are still attractive to foreign investors, especially in areas such as consumer and retail banking.

In 2022, the most notable factor might be the deal in which VPBank sells 15% of the parent bank's shares, which is expected to take place in the first quarter of 2022. VPBank leaders said that, if the issuance is successful, the value can be equivalent to the sale of 49% of FE Credit, helping the bank's equity reach a record of about VND120,000 billion.

In addition to share sales, many domestic banks are also stepping up their search for foreign investors. For example, SHB has temporarily locked the foreign ownership rate at 10% to search and select strategic partners; NamABank, SCB and LienVietPostBank also have similar plans.

In addition, although many banks have exhausted the foreign capital limit (30%), according to the Vietnam - EU Free Trade Agreement (EVFTA) effective from August 1, 2020, European banks will be able to raise their share ownership rate in two Vietnamese banks to a maximum of 49% without having to wait for a decision to open more room. New information from Mirae Asset Securities said that HDBank is currently one of the few banks being considered to increase the foreign ownership limit to 49% according to the roadmap specified in the EVFTA.

However, in order to attract more foreign investors, according to experts, the foreign limit of banks needs to be considered as strategic investors, thereby increasing the scale of resources.

During the visit and working session of National Assembly Chairwoman Vuong Dinh Hue to South Korea in mid-December, leading banks and financial groups in Korea such as Shinhan Bank, Keb Hana Bank and Woori Bank expressed their desire to open more room for foreign investors. Therefore, in order to create conditions for Korean banks to participate in the financial market, Vietnamese banks said that they are studying to amend the Securities Law to form non-voting shares.

VCN - Banks can expect great revenue value in 2022 thanks to the continuation of international payments, which allows banks’ payment services to operate again, in addition to the vibrant market of insurance cross-selling.

Banks increased their charter capital by more than VNĐ110 quadrillion in 2021 - the highest annual growth to date - to enhance financial strength and meet the central bank’s regulations.

Strengthening coordination between the financial sector and ministries 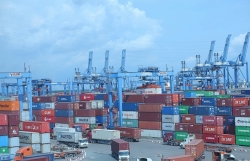 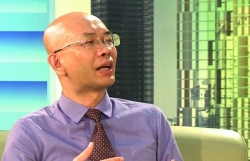