Foreign direct investment (FDI) registered in Vietnam reached 26.46 billion USD as of November 20, up 0.1 percent year on year, according to the Ministry of Planning and Investment. 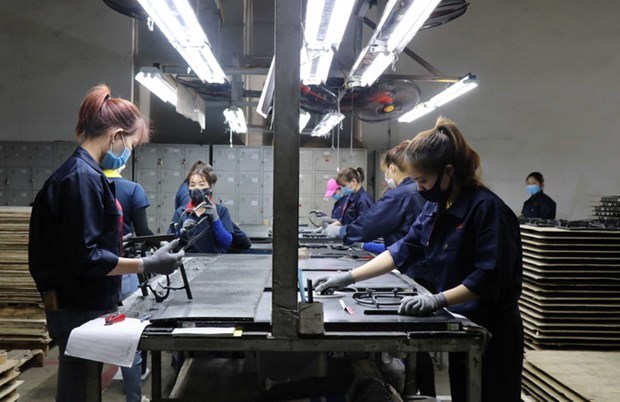 Foreign direct investment (FDI) registered in Vietnam reached 26.46 billion USD as of November 20, up 0.1 percent year on year, according to the Ministry of Planning and Investment.

Notably, the total additional registered capital stood at over 8 billion USD, an annual rise of 26.7 percent.

During the period, 14.1 billion USD was poured into 1,577 newly-licensed projects, up 3.76 percent in value but down 31.8 percent in volume over the same period last year.

The remaining investment capital was used for capital contribution and share purchases in a total 3,466 transactions.

Among 100 countries and territories having investment in Vietnam in the period, Singapore took lead with 7.6 billion USD, making up 28.7 percent of the total. The Republic of Korea (RoK) came second with more than 4.36 billion USD, and Japan was the third largest investor with 3.7 billion USD.

VCN - In 2021, foreign capital invested in the banking and financial sector of Vietnam is increased, with deals amounting to more than US$1 billion. It is forecast that in 2022, this wave will be even stronger with larger deals.

VCN - By the end of May, 34 ministries and 40 local ministries had not allocated capital plans, accounting for 11.89% of the plan set by the Government.

Find foreign capital to "fill" US$150 billion of electricity investment

VCN - In order to ensure power supply, in the next 10 years, each year, the electricity industry needs to invest about US$13-15 billion. In the context of increasing difficulties with the State's investment capital in power projects, clearing barriers to attracting private investment, especially attracting foreign investment, is considered an important solution to help meet huge capital resources in the future.

Inflation would be controlled in 2022: Experts
Lastest
What makes a record of more than US$600 billion of import and export Four groups of policies create momentum for import and export HEPZA aims to lure 500 million USD in investment this year More capital flows come to economic, industrial parks in 2021 Businesses thirsty for labor at the end of the year Supporting policy response for small and medium enterprises in FTAs Việt Nam expects US$1.7 billion in tra fish exports in 2022 Textile firms urged to go green to attract more credit Việt Nam"s agricultural produce to China fully traceable Growing ‘stars in the midst of difficulties