Enterprises in the fisheries sector are facing an export slowdown after strong shipments in the first months of 2022, which may subsequently affect their growth in the time ahead. 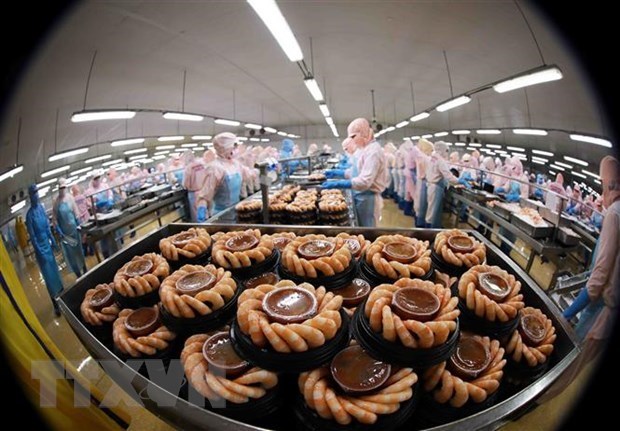 Enterprises in the fisheries sector are facing an export slowdown after strong shipments in the first months of 2022, which may subsequently affect their growth in the time ahead.

After surges of 39 - 62% in the first four months, fishery exports have shown signs of growth slowdown, according to the Vietnam Association of Seafood Exporters and Producers (VASEP).

Shipments increased 34% in May and 18% in June compared to the same period last year. In July, fishery exports stood at 970 million USD, up 14% from a year earlier but down 4% from the previous month.

Le Hang, Deputy Director of VASEP’s Training and Trade Promotion Centre, blamed the slowdown since May on unfavourable weather as the rainy season came early and impacted fishery output.

Businesses in the industry said the inventory in export markets, especially the US - a major importer of Vietnamese products, is high as they already imported much between January and May.

Export growth is forecast to continue decelerating in the third quarter.

The SSI Securities Corporation said prices of Vietnam’s white-legged shrimp in the US are currently higher than those of Indian and Ecuadorian products, so it is hard for exporters to keep the prices as high as in the first half of 2022.

This may affect the gross profit margin of the shrimp processors who focus on the US market since material prices are predicted to become more expensive in the latter half of this year as a result of disease-caused short supplies, SSI noted.

Meanwhile, the Viet Dragon Securities Corporation (VDSC) also forecast tra fish exports will slow down in Q3 before bouncing back in Q4.

However, shipments to China may recover as this country has lifted the temporary suspension of frozen food imports, previously imposed over COVID-19 concerns. China now has great demand for tra fish after two years of reducing imports.

The VDSC expected an increase in exports to this large market can help partly make up for the shrinking shipments to the US.

Analysts held that demand for fishery products in foreign markets will accelerate in September to prepare for the holiday season between November and December, but it is unlikely to return to the peak recorded in the first months of the year./.

A new tool has been launched to assess the business integrity of enterprises in Việt Nam, helping them grow and develop in a sustainable fashion.

VCN - The economic recovery and the reopening of the market are great motivations for businesses to take advantage of opportunities from export activities.