Expenditure for social insurance management only increased by 6%

VCN –At the regular Government press conference on March 1, 2017, representatives of Vietnam Social Insurance officially answered questions on the extremely large costs for the SI system and solutions for extension of retirement age.

Earlier, on February, 27, 2017, the Prime Minister Nguyen XuanPhuc wrote a request to the Ministry of Labour, Invalids and Social Affairs and Vietnam Social Insurance to research and, report to the Prime Minister on the information mentioned above.

Thus, at the press conference, Mr. Pham Luong Son, Deputy General Director of Vietnam Social Insurance confirmed that there is no information mentioned above.

According to Mr. Pham Luong Son, the SI and the Ministry of Labour, Invalids and Social Affairs are making a draft report to the Prime Minister in accordance with the directions.

Social Insurance as well as the Ministry of Labour, Invalids and Social Affairs has submitted to the Government to submit to the National Assembly Government to consider the extension of retirement age in order to ensure the long-term safety for the pension insurance fund of Social Insurance.As Mr. Son reiterated, costs for SI management, and extension of retirement age are not related to each other

"Some newspapers cited experts’ opinionsto comment that if expenditures for apparatus management increases, affecting the balance of the social insurance fund, Vietnam Social Insurance will be willing to direct dialogue to find common words and ensure the correct information as well as mutual understanding, " Mr. Pham Luong Son said

Concerning some newspaper reports that the expenditure of Social Insurance in 2015 sharply increased to 7,407 billion vnd, up by 75.8% compared to 2014, Mr. Pham Luong Son stated that this information was not accurate, because the estimate of the 2015 expenditure plan approved by the Prime Minister was only 6,560 billionvnd, up by 59% compared to 2014. The increase was mainly to implement someurgent and necessary tasks where funds were not allocated in 2014 and the previous years.

"Therefore, the actual expenditure for social insurance management only increased by 6% compared to 2014. The process of making estimates and approving estimates was extremely strict in accordance with economic and effective expenditures. The entire budget under the estimates and assigned by the Prime Minister is to pay for policies and beneficiaries of insurance policies," Pham Luong Son stressed.

VCN - Import-export turnover exceeding the record US$700 billion is an important contribution to the budget collection of the Customs sector in 2022.

VCN - That is the information given at a press conference on the allocation of national reserve goods to localities to overcome consequences of natural disasters, epidemics, and hunger relief, implementation of afforestation projects, and support to students in challenging areas in 2022 by the General Department of State Reserve held on the afternoon of December 26.

PM asks to foster macroeconomic management, firm up confidence of people and businesses 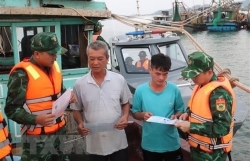 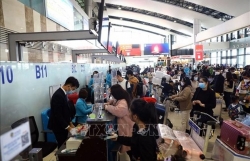 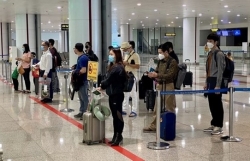