Although relevant policies have been put in place, the process of equitisation and divestment of State capital is still moving at a very slow pace, according to Dang Quyet Tien, director of the Corporate Finance Department under the Ministry of Finance. 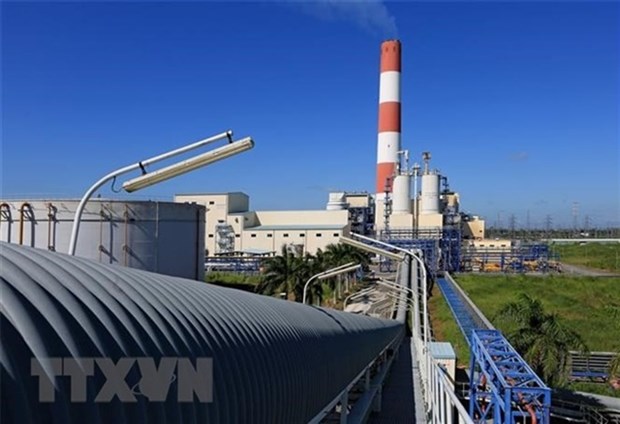 The process of equitisation and pestment of State capital is still moving at a very slow pace (Illustrative photo: VNA)

Although relevant policies have been put in place, the process of equitisation and pestment of State capital is still moving at a very slow pace, according to Dang Quyet Tien, director of the Corporate Finance Department under the Ministry of Finance.

Tien said just three enterprises, under Vietnam Northern Food Corp. and Vietnam National Coal and Mineral Industries Group, were successfully equitised in 2021. Notably, these three were not on the list of enterprises under equitisation approved by the Prime Minister.

Meanwhile, 89 enterprises have not yet finished equitising as planned, of which 13 are large-scale enterprises located in Hanoi and 38 in HCM City.

It is also worth noting that revenues added to the State Budget by Enterprise Arrangement and Development Support Fund fell far short of the annual target of 40 trillion VND in 2021, staying at just 1,401 billion VND (3.5 percent).

Equitisation and pestment of State capital are implemented at a very slow pace, to the detriment of the State Budget.

According to Tien, the reduction of State ownership requires the sale of State enterprises on financial markets. As the pandemic has negatively affected the functionality of these markets, it slows down capital sales, creating a setback to State capital withdrawal.

The director also stressed that the pace of equitisation was enterprise-specific. It takes more time for large enterprises which own plenty of real estate to have their assets evaluated and their equity transferred. Thus, these enterprises equitise at a slower pace.

But that’s just a part of the picture.

Some representatives of State-owned capital in enterprises are unwilling to press on with the plan and make half-hearted attempts at equitisation and pestment. As a result, State capital withdrawal did not work out as well as planned, Tien said.

On top of that, several enterprises have done preparatory work so badly that they were ill-prepared for equitisation. Notably, many ended up having inadequate land-related legal documents for equity transfer and had to redo the work, adding more time to the process.

The director also noted the weak cooperation between representatives of State-owned capital and government agencies in handling public assets as another cause of the slow-paced capital withdrawal.

To push past these setbacks and finish as planned, the government is advised to be stricter with representatives, pushing them to step up equitisation and pestment.

These two documents, when approved, will act as guidance for enterprises on equisation and pestment.

Representatives of State-owned capital are also called on to strictly comply with regulations on real estate that belongs to the State, and quickly clear all backlogs to put enterprise restructuring on track.

“Representatives of State-owned capital in enterprises and local authorities should work together to handle real estate at a faster pace, notably in Hanoi and HCM City,” Tien said./.

VCN – The General Department of Vietnam Customs (GDVC) has announced the improvement of customs institutions and policies, including the progress of implementing a number of decrees and circulars that are attracting the attention of the business community.

Over VND40 trillion of public capital has not been allocated

VCN- Until the end of April, the total capital disbursed by local authorities excluding the local budget balance reached over 92%.

VCN – The regulation on the loan balance of the local government budget is mainly based on the balance of the financial resources of each local group to ensure their solvency, the Ministry of Finance said.