Despite the pandemic, import and export hit nearly US$55 billion in June

VCN - According to the General Department of Vietnam Customs this afternoon (July 12), the total import-export turnover in June still maintained at a large scale despite facing the complex developments of the pandemic.

Despite the pandemic, textile and garment exports reached more than US$3 billion, up 19.1% compared to May.

Meanwhile, computers, electronic products and components surpassed phones to become the largest export group in the month with a turnover of US$4.14 billion, up 6.8% from the prior month.

In the month, the two major export groups that experienced a decline were phones and components with a turnover of $3.29, down 8.1%; machinery and equipment reached $2.37 billion, down 7.1%.

Accumulated in the first six months, the total export turnover reached $158.335 billion, a high growth of 29% from the same period last year.

The largest group of goods is computers, electronic products and components, reaching $5.74 billion, up 2.1% compared to May.

In addition, iron and steel, phones are also two large commodity groups with an increase in turnover compared to the previous month.

While machinery and equipment reached more than $4 billion, down 2.8%. Similar to the downward trend is fabric and plastic materials, although these two commodity groups still maintained a turnover of more than $1 billion in May.

In June, our country had a trade deficit of nearly $500 million and brought the deficit in the first six months to about $1 billion.

Thus, by the end of June, the scale of Vietnam's import and export turnover reached nearly $318 billion, equivalent to about $53 billion per month on average. With this result and the recent growth rate, it is possible to reach the milestone of $600 billion in 2021.

VCN – The Anti-smuggling and Investigation Department Unit (Team 2, under the General Department of Vietnam Customs) has seized 24 tons of goods originating from Japan. 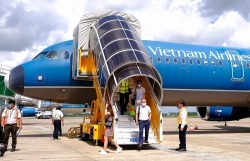 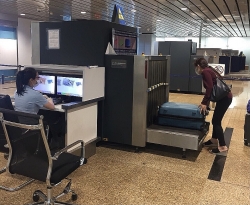 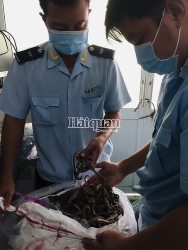