VCN - Concerns about bad debt risks will cool down from the end of Q1 2022 along with the recovery of the economy, which then will boost market sentiment towards banking stocks.

In a recently published analysis of the banking industry, experts of Maybank KimEng Securities Company gave a positive view that Vietnam's banking industry was in a highly profitable cycle with a return on equity (ROE) of more than 18% (the average for banks in the region was 12%) thanks to its return on assets (ROA) and supported by sound capital regulations. Accordingly, the impact of Covid-19 has not disrupted the strong development cycle of the banking system.

Contrary to the market's concerns related to the increase in bad debt, experts believed that this increase in the third quarter of 2021 amid strict social distancing can be controlled. Even in the worst-case scenario when all restructuring debt turns into bad debt, it does not pose a risk to the banking system as it did in the 2012-2014 period.

"In fact, when the economy recovers, most of the restructuring debt will turn into qualified debt," stated the Maybank KimEng report.

At the meeting with analysts on the business results of the third quarter of 2021, bank leaders said that 95% of the debt restructuring would recover. This positive outlook, together with the current high NPL coverage ratio at banks (the average was 150% in the third quarter in 2021, three times higher than the same period in 2016), has reinforced confidence that the banking system will not face a shock on credit rates.

Accordingly, credit fees are expected to decrease from the second quarter of 2022, which will be the main driver for stronger profit growth in the second half of 2022.

Experts of Maybank KimEng believed that concerns about bad debt risk would cool down from the end of the first quarter in 2022 along with the recovery of the economy, which then will boost market sentiment towards banking stocks. Moreover, plans to sell equity and raise capital will also be the driving force for bank stocks to be re-evaluated in the near future.

On that basis, Maybank KimEng expected banks to maintain a stable profit growth rate and high ROE at 18-25% in 2022. Banks that are able to expand and preserve their net interest margin (NIM) against the risk of inflation, as well as have room to reduce provisioning (thanks to high provision for loan risks) will be outperforming stocks.

In particular, the last six months of the year will be a strong acceleration period when provisioning can be reduced thanks to the improved operating environment and low year-on-year 2021 (bank profits were restrained in the third and fourth quarters of 2021). There are also other growth drivers such as: stronger credit growth (14-18%) due to large post-pandemic credit demand, stable NIM and strong increase in fee income (30-40%).

On that basis, the recommended long-term investment portfolio includes: TCB, VCB, and MBB. For flexible portfolio, some stocks have catalysts for a 3-9 month period such as: VPB, MSB, STB, BID, and CTG.

VCN - According to a report by the Asian Development Bank (ADB), aggressive monetary tightening in advanced economies has pushed up bond yields and worsened the downturn of financial conditions in emerging East Asia. 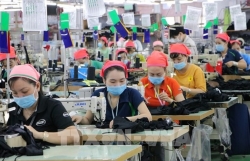 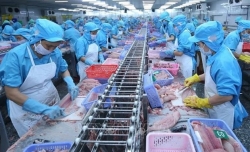 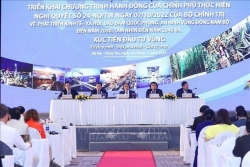