Businesses suffer due to impact of Covid-19

VCN - Results of some businesses began to show a decline in July 2021 when the Covid-19 pandemic broke out again in many provinces and cities.

Decline due to social distance

At a recent meeting with analysts, leaders of Binh Minh Plastics Joint Stock Company said that consumption volume in July decreased by 50% compared to the same period last year, reaching only 5,013 tons. This drop caused Binh Minh Plastics to lose VND3.7 billion in July and was the first loss in the company's history.

Entering August, the output recorded in the first two weeks of the month was 664 tons and the company estimates that the whole month's output will be only 1,400 tons - 80% lower than the monthly plan.

Since most of Binh Minh Plastic's products are sold in the South, the company's output is heavily affected by the social distancing policy until mid-September at the earliest.

Therefore, the current capacity of Binh Minh Plastics is only about 15-20%. Among factories in the South, only Long An factory is operating at normal capacity, while the factory in Ho Chi Minh City has been temporarily closed, Binh Duong factory mainly maintains sales activities.

After months of positive recovery, business results in July 2021 of a number of textile and garment enterprises also began to show a decline. Specifically, July revenue of Thanh Cong Trading Investment Joint Stock Company (TCM) decreased by nearly 3% over the same period last year, reaching US$14.5 million; profit after tax even decreased by 47%, at only US$672,933. Compared to June 2021, this result of TCM increased by 7% in revenue but decreased by 29% in profit.

TCM said that profit decreased due to the fact that there were no orders for masks this year, the complicated situation of the pandemic, the distance between workers, and low productivity caused the gross profit margin of the garment segment to decrease compared to the same period last year.

At Mobile World Investment Joint Stock Company, nearly 2,000 stores of The Gioi Di Dong and Dien May Xanh (accounting for about 70% of the total number of points of sale nationwide) had to temporarily close or limit sales in the second half of July 2021, greatly affecting the business situation of the company.

Accordingly, net profit in July 2021 decreased by 29% over the same period last year. The company forecasts that business results in August 2021 will be low due to the tightening of social distancing in many localities. Even if the measures continue in the last months of the year, it will be difficult for the company to carry out its business plan.

In addition to the enterprises with the above decline in business results, a number of other enterprises also anticipated difficulties, so they planned a decline in business in the third quarter. Typically, the Board of Directors of Lix Detergent Joint Stock Company (Lixco) has issued a resolution to approve the revenue target of the third quarter of 2021 at VND548 billion, down nearly 18% compared to the second quarter of 2021 and down 17% compared to the same period last year.

Previously, Lixco's business results also declined in the first half of this year with revenue of VND1,355 billion, down 14%; profit after tax is VND84 billion, down 25% compared to the same period last year.

In the export segment, output in the Cambodian market decreased by 27% over the same period last year, (only Lix label decreased by 37%). Importers have temporarily stopped importing goods because the Cambodian Government has taken many drastic measures (such as closing the capital Phnom Penh and residential markets) to prevent outbreaks of the Covid-19 pandemic.

Consumption in the Philippines is also decreased by 16%. The high and continuous increase in the price of input materials in the first and second quarters of 2021 along with the sharp increase in transportation costs makes the company's products less competitive in price compared to domestic products of the importing country. Lixco also said that the global logistics situation is still difficult, there is a shortage of empty containers, shipping lines have dropped out and freight rates have increased by 3-2 times compared to 2020.

Therefore, despite orders from markets, Yemen, Sudan, Australia, Caribbean, Middle East, the company could not export as planned.

With the seaport industry, after achieving impressive profits in the first half of 2021, the Board of Directors of Dinh Vu Port Development and Investment Joint Stock Company also plans to go backwards in the third quarter of 2021. Specifically, the output target is expected to reach 150,000 TEUs, down 8% compared to the second quarter of 2021; revenue decreased by 15.6%, at VND150 billion; pre-tax profit decreased by 41%, at VND60 billion. Compared to the same period last year, this plan still increased by 5.6% in revenue but decreased by 8% in profit.

In the newly released industry outlook report, Rong Viet Securities Company estimates that economic sectors are operating below 50% capacity. With social distancing measures being applied in many localities, at least 70% of manufacturing factories in the South have to temporarily suspended operations. In addition, factories operating under the “3-on-site” model incur huge operating costs and have to reduce their capacity by 40-50%.

Strict disease control measures are currently bringing many risks of disruption to freight operations and supply chains for manufacturing. Specifically, the increased operating costs and the length of time it takes for truckers to deliver goods. Or the delay of road freight and the closure of manufacturing plants also puts great pressure on the operation of cargo ports. 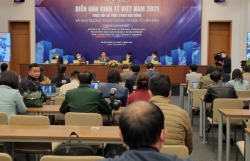