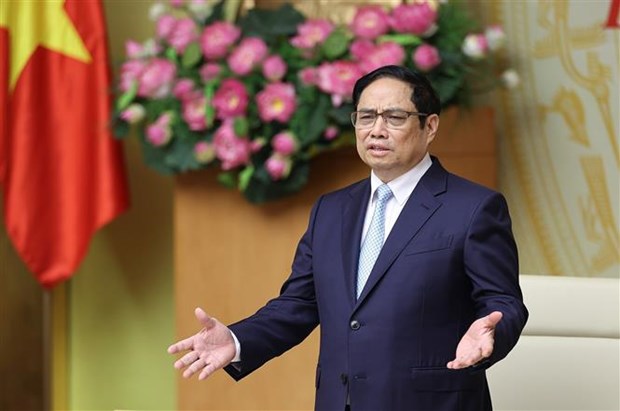 The PM, who is Chairman of the committee, underscored that the Party and State have defined administrative reform as one of the breakthrough tasks to revamp the law-governed socialist State for national development.

A report at the meeting showed that in 2021, great efforts were made to build and complete laws and institutions. Two national conference on institution building and decentralisation were held, and the Government convened three thematic meeting on law building. The Government submitted to the National Assembly two bills for approval and six others for consideration, while issuing 200 resolutions and 139 decrees. The PM issued 41 decisions on legal regulations, along with 36 directives. At the same time, ministries and sectors also released nearly 800 circulars.

In the year, 1,101 business regulations were cut or simplified, while plans to cut down and simplify 924 regulations and adjust 166 legal documents of seven ministries were approved. Vietnam leaped six positions in the indicator of legal regulation quality improvement as part of the innovation index for 2021.

The number of public servants reduced by 10.01 percent. Meanwhile, the digital transformation and the building of e-government saw great progress, with the launch of the national database system on the population an encouraging example.

While recognising the achievements in administrative reform in the year, PM Chinh noted that the results have yet to satisfy people and businesses. He stressed that one of the main causes for this is the insufficient attention and leadership for the task on the part of top officials.

An overview of the meeting (Photo: VNA)

The Government leader underlined that this year, it is crucial to make a breakthrough in the work, especially the reform of administrative procedures related to people and businesses, so as to mobilise all resources for the national development and enhancing the efficiency of governance activities.

He asked ministries, sectors and localities to speeding up decentralisation and the delegation of power with specific responsibility defined for inpiduals, while working harder to settle bottlenecks in administrative procedures, and making stronger investment in information technology serving digital transformation process and the building of e-government.

Along with the building and completing the indicators for administrative reform evaluation, it is necessary to mobilise the engagement of the people and businesses in implementing administrative reform, and increase international cooperation in the field, stated the Government leader./.