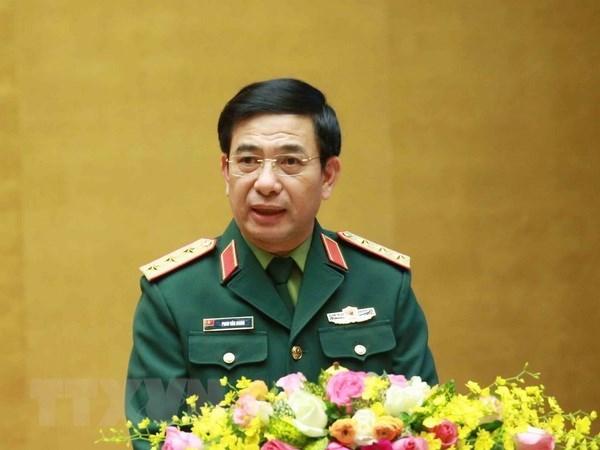 The two ministers affirmed their appreciation of the two countries’ history of relationship, including defence ties. They highlighted their readiness to foster such relations together in contributing to the two countries' traditional friendship as well as the Vietnam - Russia comprehensive strategic partnership.

Over the past, the two defence ministries have effectively implemented high-level agreements and cooperation contents through making efforts in building related specific plans and programmes as well as optimising their existing cooperation mechanisms and frameworks.

The ministers agreed to carry out a series of prioritised joint work, including training; multilateral activities hosted by the Russian side; COVID-19 prevention and control; research within the Vietnam-Russia Tropical Centre; and engagements between the General Political Department of the Vietnam People’s Army and the Directorate for Political-Military Affairs of the Russian Armed Forces.

Giang took the occasion to invite the Russian minister to visit Vietnam at an appropriate time this year.

Shoygu congratulated Giang on his appointment as defence minister, and expressed his belief that in his current post, Giang will continue making significant contributions to developing the relationship between the two nations and armies./.

National Assembly Chairman Vương Đình Huệ and Chairman of the Standing Committee of the National People’s Congress of China Li Zhanshu discussed boosting relations between the two countries in politics and the economy as well as maintaining peace in the East Sea during phone talks on Thursday.

Officials from Mong Cai city in the northern coastal province of Quang Ninh and Dongxing city in China's Guangxi province discussed measures to promote trade cooperation between the two localities during talks on June 11.