Việt Nam’s economic growth in the first quarter of 2022 was consolidated thanks to the solid performance of export-oriented manufacturing and recovering service sector, according to the Việt Nam Macro Monitoring report recently released by the World Bank. 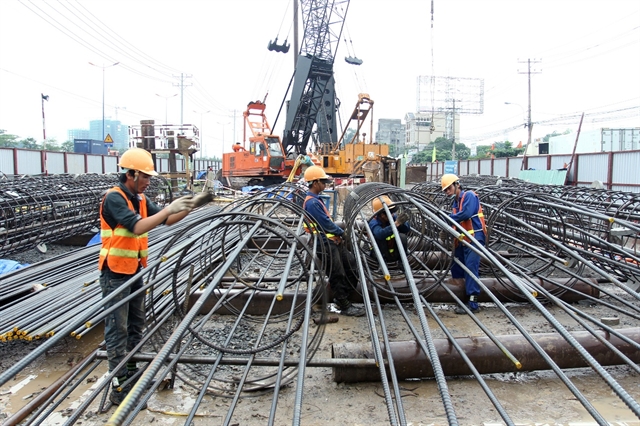 Việt Nam’s economic growth in the first quarter of 2022 was consolidated thanks to the solid performance of export-oriented manufacturing and recovering service sector, according to the Việt Nam Macro Monitoring report recently released by World Bank.

The country’s GDP grew by 5.0 per cent year-on-year in Q1-2022, comparable to the growth rate in Q4-2021, yet was still two percentage points below pre-pandemic rates.

Finance, banking and insurance, and information and telecommunications have been exceptionally resilient over the past two years and maintained solid growth. On the other hand, accommodation and catering services were 1.8 per cent lower than a year ago, and well below their pre-pandemic level, the report pointed out.

The industrial production index grew by 8.5 per cent year-on-year in March, comparable to pre-pandemic rates, while retail sales growth accelerated from 4.1 per cent in February to 9.4 per cent, the second-highest growth rate since the onset of the COVID-19 pandemic. This rebound is partly due to the post-pandemic resumption of economic activities and was driven by a 10.7 per cent growth in the sales of goods.

The merchandise trade balance posted a surplus of US$1.4 billion in March, while registered and disbursed foreign direct investment (FDI) remained stable amid global uncertainties related to the Russia-Ukraine conflict.

The Consumer Price Index (CPI) increased by 2.4 per cent (year-on-year) in March, compared to 1.4 per cent in February. This is the highest inflation rate in seven months but remains well below the 4.0 per cent target.

According to the World Bank, rising consumer and producer prices warrant close monitoring of domestic price developments as rising inflation would affect the recovery of domestic consumption and economic growth. While CPI increases have been subdued in 2021 due partly to slack aggregate demand, accumulated increases in intermediate and producer price index in the last three quarters could impact production decisions and translate into higher consumer prices, especially food prices.

In the short run, targeted policy intervention to alleviate the impact of the price hikes on the general population, and especially on the most vulnerable is recommended. The temporary petroleum tax reduction recently introduced by the authorities is one such short term measure. In the medium term, other measures would include a more targeted, effective, and responsive social protection system that would help build resilience to shocks in the economy. If price increases persist, the economy should be allowed to adjust to the price changes.

The authorities should consider structural reforms to help the economy become more productive and increase aggregate supply. These would include tax breaks for productive and innovative investments, reducing barriers to doing business and logistics costs and investing in the education and technical training of the workforce, said the World Bank. — VNS