The relationship between Việt Nam and India has grown significantly over the past 50 years, with India becoming one of the leading partners of Việt Nam, Ambassador to India Phạm Sanh Châu told Vietnam News Agency on the 50th anniversary of bilateral diplomatic ties (January 7, 1972-2022). 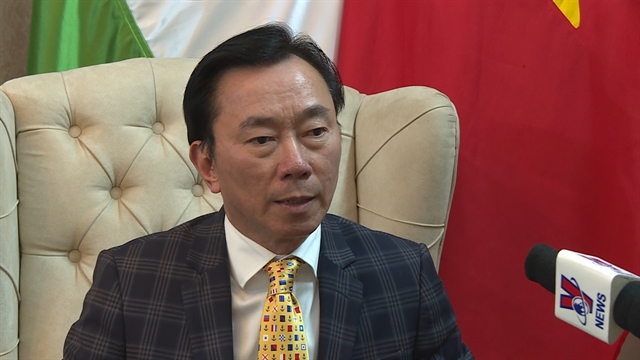 The relationship between Việt Nam and India has grown significantly over the past 50 years, with India becoming one of the leading partners of Việt Nam, Ambassador to India Phạm Sanh Châu told Vietnam News Agency on the 50th anniversary of bilateral diplomatic ties (January 7, 1972-2022).

Over this time, bilateral ties had expanded across all fields, the diplomat said, stressing that Việt Nam hoped to elevate the partnership.

The ambassador said that various activities had been conducted to celebrate the anniversary, including high-level visits and the signing of a US$500 million credit agreement in defence.

Việt Nam and India were working together towards the target of $15 billion in two-way trade, he said, adding that Việt Nam hoped to welcome a new investment wave from India.

Along with the activities to boost bilateral relations, Việt Nam and India had sought new cooperation areas. A statue of President Hồ Chí Minh in New Delhi and another of Indian national hero Mahatma Gandhi in HCM City would be inaugurated, he said.

The diplomat showed his optimism about the bright future of the ties, saying that together with a firm foundation from long-standing traditional friendship, Việt Nam and India had supplementary economic structures, and much experience to share with each other.

Việt Nam could learn from India in digital technology, science-technology, space and nuclear energy, while sharing with India its experience in social management and poverty reduction.

The ambassador held that in order to make bilateral ties thrive further, Việt Nam and India should work more closely together in the international arena, while supporting each other in protecting their national interest, especially in sovereignty and territorial security.

He noted that as two non-permanent members of the UN Security Council, Việt Nam and India had showed good coordination and many similarities in viewpoints over regional and international issues, and made joint efforts in ensuring the world order basing on respect to international law, including the UN Charter and the UN Convention on the Law of the Sea (UNCLOS) 1982.

Besides, the two countries should optimise resources from each other for development, while focusing on promoting investment cooperation to create an Indian investment wave to Việt Nam, he said.

Ambassador Châu also stressed the need for both sides to continue increasing delegation exchanges at all levels and through all channels as well as in people-to-people exchange.

On this occasion the Vietnam News Agency also launched an online exhibition on bilateral ties. — VNS

US Permanent Representative to the UN Human Rights Council (UNHRC) Ambassador Michèle Taylor commended Vietnam’s priorities and initiatives at the council while meeting Deputy Minister of Foreign Affairs Do Hung Viet in Hanoi on January 13.

There are huge prospects for the two nations further to expand their cooperation in a range of fields, bringing greater benefits for the governments, people and businesses of the two countries, according to diplomats and researchers.

The Vietnamese General Department of Customs reported that the country’s rice exports reached 713,546 tonnes, worth more than US$341 million, in October, up 22.3 per cent in volume and 23.9 per cent in value compared to September.