Trade between Vietnam and the world's two largest economies

VCN - China and the US are Vietnam's two largest trading partners.

According to the latest information of the General Department of Vietnam Customs, by the end of October, the total import and export turnover between Vietnam and China reached US$133.67 billion. China is Vietnam's largest trading partner and also the largest import market.

By the end of October, imports from China marked a turnover of US$89.15 billion, up nearly 36%, equivalent to an increase of US$23.6 billion in turnover.

Among many groups of "billion-dollar" imported goods from China, there are two groups with a turnover of US$10 billion or more, including machinery, equipment, tools, and spare parts (reaching US$20.65 billion), up 57.63% over the same period last year, equivalent to an increase in turnover of US$7.55 billion.

The remaining group of goods is computers, electronic products, and components with a turnover of US$17.43 billion, up nearly 23.7%.

Meanwhile, Vietnam's export turnover to China reached US$44.52 billion, up 17.56% over the same period last year, equivalent to an increase of US$6.65 billion.

Notably, China is a market that consumes a lot of Vietnam's agricultural products such as seafood, vegetables, cashew, coffee, tea, rice, cassava products, rubber products. In which, vegetables and fruits are two commodity groups with a turnover of more than US$1 billion, with results of US$1.63 billion and US$1.7 billion, respectively.

The US is the second-largest trading partner and the largest export market of Vietnam. By the end of October, bilateral trade reached US$89.6 billion.

In which, there are two groups of goods with a turnover of more than US$1 billion, including computers, electronic products, and components with US$4.08 billion, cotton reached US$1.12 billion.

With a total turnover of US$223.27 billion, China and the US accounted for 41.4% of the country's total import-export turnover in the past 10 months.

Among the two partners, Vietnam has a trade surplus with the US and a trade deficit with China.

Vietnam-US economic and trade ties have reaped great achievements, contributing to practically deepening the comprehensive partnership between the two countries, heard a forum in Hanoi on December 7.

The Ministry of Industry and Trade forecasts that Việt Nam’s total trade value this year may reach a new record of between US$640 - 645 billion, with a slight trade surplus. 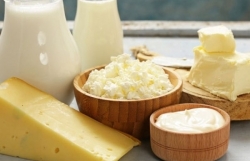 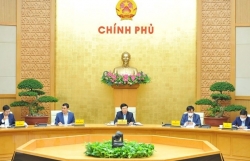