The deeper the integration, the greater the pressure of suing for trade remedies

VCN - Vietnam has been participating in the negotiation and signing of many important Free Trade Agreements (FTAs), opening up great opportunities for exports. However, at the same time, Vietnamese goods are also facing more and more pressure of being investigated, applying trade remedies, especially anti-circumvention investigation for trade remedies.

According to Mr. Chu Thang Trung, Deputy Director of the Trade Remedies Authority (Ministry of Industry and Trade), trade remedies are an inevitable part of the integration process.

As exports increase, the frequency of investigations on trade remedies is understandable. This also shows that the production and export capacity of the Vietnamese economy is growing, being competitive enough and putting pressure on the domestic industry of the importing country.

“However, a notable trend in recent times is that the number of anti-circumvention investigations against trade remedies aimed at exports from Vietnam is increasing, due to accusations that Vietnam uses main materials or different forms to evade trade remedy tax are being applied to other countries and territories. For example, the wood industry - an industry with a large export turnover, is facing two cases of anti-tax evasion investigations initiated by the US, one is hard plywood products and the other on wood cabinet products,” said Mr. Chu Thang Trung.

“This is a great risk and difficulty for Vietnam’s export goods when the economy is integrating deeply with the world,” Thanh said.

Ms. Nguyen Thi Thu Trang, Director of the Centre for WTO and Integration, Vietnam Chamber of Commerce and Industry (VCCI) said that from the technical perspective of trade remedies, trade remedies of countries were increasingly sophisticated.

“Vietnam is oriented to be an exporting country, many industries have a certain competitive position in the export market. Vietnam is also focusing on exporting to markets that regularly apply trade remedies such as the US, EU or markets that are increasingly using trade remedies like ASEAN. Therefore, Vietnam must be ready for the risk of being sued,” Trang said.

She also mentioned the angle, next to a country being sued as much as China (the country is the subject of 23.5% of anti-dumping cases, 30% of anti-subsidy cases) or the ASEAN countries (Malaysia, Indonesia, Thailand), Vietnam had to get used to the risk of being "involved in misfortune".

Avoid “putting all your eggs in one basket”

Regarding enterprises' response to trade remedies lawsuits, typically the US anti-dumping investigation of wood and honey products, according to Ms. Nguyen Thi Thu Trang, compared to before, enterprises and associations had become more mature; learned more about the major risks and consequences of incidents for the manufacturing industry.

They actively researched, approached related units, hired consulting and investment units to join lawsuits early, and intervened from the beginning. Enterprises understood that trade remedies were not their own risk and it required joint efforts to respond to trade remedies lawsuits, actively associate with each other, coordinate well with relevant agencies, mobilize organizations and society to achieve the best results in responding to trade remedies. This was a very positive signal.

However, Ms. Trang said that many issues need to be improved. Enterprises had not been prepared in terms of awareness, when the situations happened, they began to find out. At the same time, there had not been a thorough preparation of resources to deal with trade remedies. Litigation was expensive, but few enterprises have specific funds for these risks.

Mr. Chu Thang Trung said Vietnam's manufacturing and exporting industry may face the risk of increased trade remedy investigations, especially investigations against tax evasion from many different export markets. including many new markets. The nature of the cases would also become more and more complicated, making it more difficult to respond and handle them.

In fact, cases tend to be more rigorously investigated nowadays. Countries are tending to tighten, set higher requirements for the Government, enterprises under investigation, application of trade remedies. This is shown by requiring the parties to strictly adhere to the time limit for answering questions; request more documents, information and data while the response time is limited; while the application for extension faces many difficulties and language barriers.

Before the challenges are posed, enterprises should spread risks, diversify export markets, and avoid "putting all their eggs in one basket". Mr. Chu Thang Trung noted, in the context that countries tended to apply stricter regulations in determining origin to apply protection measures, especially to prevent acts of evading trade remedy tax, the most effective and long-term solution for Vietnamese goods was to increase the value-added content of the domestic production chain. By doing so, the manufacturing industry could develop sustainably, reduce the risk of being investigated, and apply anti-circumvention measures to importing countries.

In addition, enterprises should perfect the traceability system and the accounting book system to serve the investigation of trade remedies as well as to serve the registration of the mechanism for self-certification of the origin of raw materials for products that are subject to anti-circumvention investigations.

But in fact, this tool was abused a lot to turn into a disguised protection tool. The self-response of enterprises was quite difficult. Therefore, the support of relevant agencies such as the Trade Remedies Authority, Vietnam's representative offices abroad or associations, VCCI had a great role.

It is necessary to strengthen support for enterprises in aspects such as early warning about risks so that enterprises could prepare at the best time. When a lawsuit happened, enterprises should be informed about the progress of the case officially so as not to miss the information.

In addition, the Ministry of Industry and Trade should have the deepest professional team in the content of trade remedies in Vietnam that can recommend and guide enterprises.

Vietnam’s fishery export has completely recovered after the COVID-19 pandemic, reeling in 10 billion USD as of November this year, said General Secretary of the Vietnam Association of Seafood Exporters and Producers (VASEP) Truong Dinh Hoe. 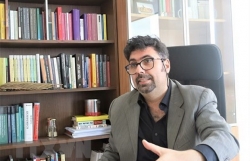 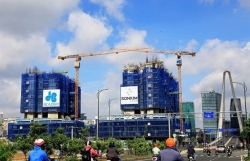