ADB Country Director Andrew Jeffries has talked to the Vietnam News Agency on the recent interest rate hike by the State Bank of Vietnam in the context of the Fed, ECB and a number of countries raising their rates to curb inflation. 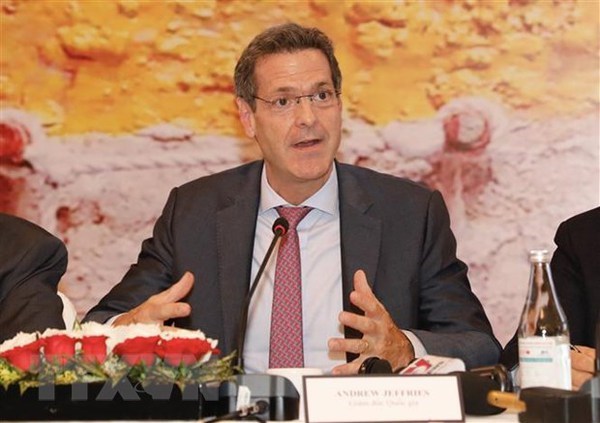 ADB Country Director Andrew Jeffries has talked to the Vietnam News Agency on the recent interest rate hike by the State Bank of Vietnam in the context of the Fed, ECB and a number of countries raising their rates to curb inflation.

“Another significant achievement in economic policy in Vietnam has been maintaining macro-economic stability,” Jeffries said.

According to him, through the pandemic and also through the economic shocks of this year, including global inflation, fallout from the conflict in Ukraine and recession risks, Vietnam was successful in controlling inflation this year, despite enormous pressure from energy, commodity price surges from world economy.

He went on to say that monetary policy measures taken by the government have greatly contributed to this success, keeping money supply and credit under control, dealing with pressure for a stable exchange rate while supporting business access to financial resources for recovery.

“This is a very delicate balancing act and the State Bank of Vietnam should be given good credit for this,” the ADB official said.

As for the risk of capital outflows following rate hikes by central banks in the world, Jeffries was of the view that Vietnam is relatively less affected than many other countries in Asia.

He explained that first of all, Vietnam does not have significant government debt in the international bond markets and has relatively low public debt level, at 43% of GDP. Capital control restricts overseas portfolio investment or hot money for rapid inflows and outflows from Vietnam stock market.

According to him, the US Fed’s aggressive monetary tightening will trigger short term capital outflows, however foreign direct investment or FDI remains healthy in Vietnam due to the country’s solid medium term economic fundamentals.

He stressed that it’s very important to consider that FDI is long term, it doesn’t come and go and flee based on economic shocks. And Vietnam has strong economic fundamentals and will remain an attractive FDI destination. 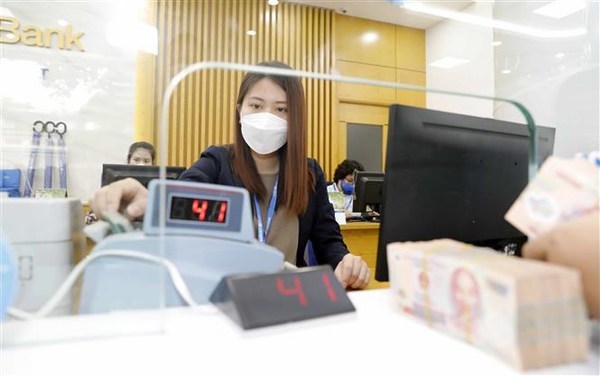 The State Bank of Vietnam has revised several interest rates by 1% starting from September 23.(Photo: VNA)

Jeffries said the one percentage point increase in rate on September 22 in Vietnam is an example of decisive measures that are necessary in this environment where the Fed, ECB and a number of countries have very recently raised rates, with Vietnam following suit to keep the dong stable and it was difficult but the right thing to do.

A stable Vietnamese dong is critical for Vietnam to support trade and also contain inflation, he said, noting that depreciation of the dong would make imported goods more expensive and would worsen the account balance and eventually the balance of payment.

Vietnam also imports a lot of intermediate goods and does final re-assembly for re-export and so a stable dong is important to maintain relatively lower prices for these important imports that are critical input for Vietnam for the export, according to Jeffries.

He noted that the high inflation in major economies and the tightening monetary policy around the world is weakening global demand. Vietnam is an open economy, means that this trend could wear on Vietnam’s export.

Another issue is possible labour shortages, which could impede the recovery of services in labour intensive export sector.

“So recommendations include Vietnam should continue to maintain a flexible monetary policy, and closely monitor the global economic situation. The aggressive rate hike that the State Bank of Vietnam just implemented is a decisive action in a reaction to the extremely volatile global situation, meant to defend the dong and keep inflation in check,” the ADB Country Director said.

He added that targeted fiscal support for the most vulnerable group may be needed if inflation does raise. Before this rate increase, the State Bank of Vietnam was using credit room limit to address the problem which is imposing a ceiling on credit quantity to financial institutions.

This worked but as shown just in the last few days, it’s time to move on to more market-based instruments such as increasing rates to promote a healthy financial sector development for longer terms, according to Jeffries.

He said regarding the fiscal side, Vietnam’s economic recovery development programme has a lot of interesting and innovative features to help companies and businesses recover from the pandemic and the current shocks. Implementation needs to be sped up and again target those in need rather be too broad to avoid a limit and abuses of the problem.

In his view, in a longer term, the priority should focus on improving the overall business environment which has come a long way but that’s an on-going gradual and continuous process that needs to keep going.

He recommended such measures as removing hurdle for businesses and simplifying administrative procedures to lower transaction cost.

The ADB Country Director said the good news is Vietnam growth this year is very strong, with the ADB projecting 6.5% while other projected even higher, and so despite the risk going on globally, the strong fundamentals of Vietnam make Vietnam relatively resilient in a more challenging global environment./.

VCN - Deputy Governor of the State Bank of Vietnam (SBV) Pham Thanh Ha said to ensure finance for economic development, it is necessary to develop a safe and sustainable capital market.

VCN - Accessing capital is still very difficult due to the strict lending regulations of banks.

VCN - Although the State Bank (SBV) has loosened the credit room, many enterprises' "capital thirst" has not been quenched.