Capital mobilisation plans are now the centre of attention at the 2022 General Meeting of Shareholders of securities companies, with diversified fundraising channels. 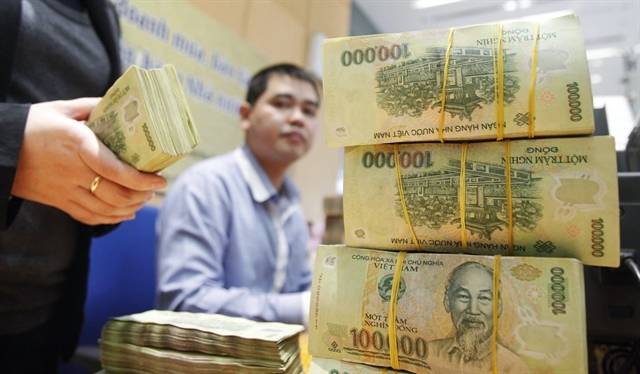 Capital mobilisation plans are now the centre of attention at the 2022 general meeting of shareholders of securities companies, with persified fundraising channels.

At the Annual General Meeting of Shareholders, Nguyễn Vũ Long, Acting General Director of VNDirect Securities Corporation, said that the firm is discussing with a partner providing international long-term bond issuance services, with an expected capital raising from the mobilisation of US$300 million, pided into one or two phases.

According to the VNDirect leader, this is a channel to raise capital that securities companies in Việt Nam have not yet applied.

In 2021, VNDirect took initial steps to successfully attract foreign cash flows, with a total limit of syndicated loans from many foreign financial institutions being $200 million.

Money raised from the mobilisation has been 100 per cent hedged against exchange rate risk, the company added.

Since 2019, SSI Securities Corporation has also implemented mobilising foreign loans. It accessed $267.5 million worth of unsecured loans in 2021 alone and has completed one more unsecured loan agreement of $148 million from a foreign financial institutions group on April 4.

However, not many securities companies have approached this mobilisation channel, apart from some large-cap companies and securities groups. Securities firms are now heavily dependent on loans from domestic banks and private bond issuance.

According to statistics from 30 securities companies, the value of capital mobilised from the bond channel at the end of 2021 reached over VNĐ21 trillion, 2.35 times higher than in 2020.

Due to stricter requirements, the public offering of bonds has not been chosen by many issuers. The value of issuance through the bond channel to the public in recent years accounted for only about 5 per cent.

In addition, many securities companies continue to planning to raise capital from issuing shares after two years of a massive surge. Besides the Hana Financial Investment (HFI) deal to buy 35 per cent of the capital of BIDV Securities Company (BSC), which has come to an end after more than two years, VNDirect and SSI both submitted their plans for private offerings at this year's annual general meeting of Shareholders.

This year, many securities companies continue to pay pidends in shares to shareholders to keep capital reinvested, instead of paying in cash. MBS continues to offer shares to existing shareholders at the rate of 5:1, expected to earn nearly VNĐ595 billion, after completing a similar offering at the rate of 7:3 in 2021.

At the shareholders' meeting at the end of April, MBS leaders said that increasing capital is necessary, especially as bank credit channels are tightened.

Along with real estate and some other sectors, securities investments and businesses are considered potentially risky sectors.

Over past years, the State Bank of Việt Nam (SBV) has issued directives directing the banking system to implement solutions to direct credit capital flows to focus on production and business fields, and strictly control credit to sectors with potential risks.

SBV has also issued many documents directing credit institutions to strictly control the granting of credit for the purpose of securities investments and businesses, and complete regulations on strict credit control for the securities sector.

After the growth of the entire securities industry in 2021, some companies have set cautious business plans this year. However, others are still confident with their double-digit growth plans, despite the fact that the Vietnamese stock market experienced a strong correction as many securities companies held their general meeting of shareholders. — VNS

VCN – Experts say the strict handling of offenses in the stock market in recent years will be the driving force for the stock market to become more transparent and stable and a professional playground for investors.

After strong growth in 2021, securities companies have set mixed earning targets this year.

Criminal activities are increasing, especially in the fields of securities and real estate: Government spokesman

VCN - On the evening of April 4, at the regular Government press conference in March, Minister, Chairman of the Government Office Tran Van Son, Government spokesman said that members of the Government assessed the socio-economic situation in the first quarter was prosperous in most fields.