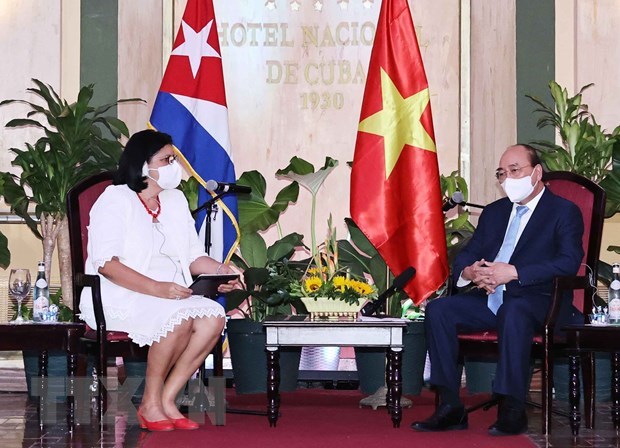 Fernandez said President Phuc is the first Vietnamese leader to visit Cuba following the success of the 8th National Congress of the Communist Party of Cuba, demonstrating the Vietnamese Party, State and people’s special sentiments to their Cuban counterparts under any circumstance.

She added that Cuba is educating young generations about special bonds between the two nations. The ICAP and the CVFA recently celebrated their 60th founding anniversaries. The CVFA now has over 1,600 members while the ICAP also has ties with partners globally.

The Cuban people will support Vietnam now and forever under any circumstance, she said. 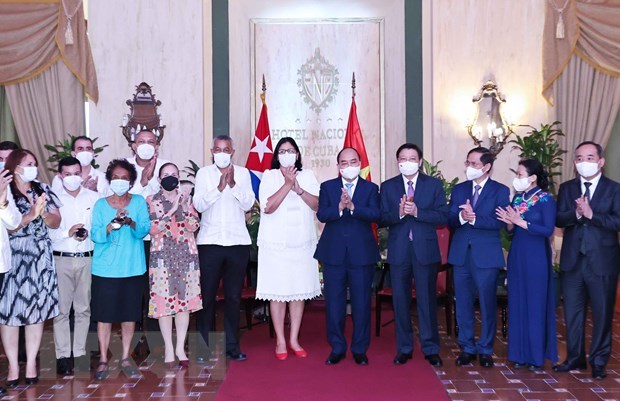 President Phuc, for his part, said despite geographical distance, the Vietnamese people always stand side by side with the fraternal Cuban people and contribute the bilateral ties.

CVFA President Gomez said its 34 chapters will continue contributing to the revolutionary causes of the two Parties and people of Cuba and Vietnam.

Cuba always supports Vietnam and wants to learn from the country’s experience, she said,

President Phuc thanked and hailed leaders and officials of the ICAP, CVFA and the schools and the Young Communist League of Cuba for fostering Vietnam – Cuba ties over the past years.

He affirmed that Cuba’s solidarity activities with Vietnam have provided a great source of encouragement to the Vietnamese people in the past and at present. In return, the Vietnamese people have also offered warm sentiments and a helping hand to their Cuban counterparts, especially in their difficult times.

The Vietnamese leader expressed his belief that the ICAP, CVFA and Cuban schools will educate young generations about the tradition of close-knit relationship between the two nations, contributing to further strengthening and deepening the bilateral special traditional friendship.

At the meeting, he said the Party and State have always paid attention to overseas Vietnamese, including those in Cuba.

The State leader asked the embassy's staff to hold aloft the flag of solidarity and make more practical contributions to maintaining, nurturing and developing the great special friendship between Vietnam and Cuba./.