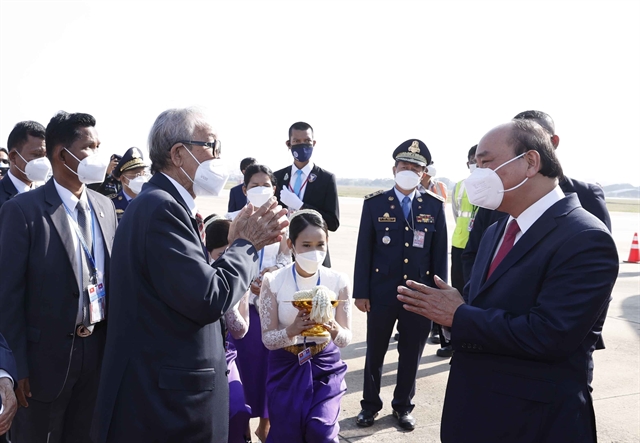 Upon his arrival at Phnom Penh International Airport, President Phúc was welcomed by Deputy Prime Minister and Minister of the Royal Palace Samdech Chaufea Veang Kong Sam Ol, Senior Minister in Charge of the General Affairs to the Ministry of the Royal Palace Kuy Sophal, and Minister of Tourism Thong Khon, among others, from the Cambodian side. Vietnamese Ambassador to Cambodia Nguyễn Huy Tăng and embassy staff were also there to greet the president.

During the visit, Phúc is scheduled to meet King Norodom Sihamoni, Prime Minister Samdech Techo Hun Sen and National Assembly leaders of Cambodia. He also plans to witness the signing of cooperation agreements between the two countries and attend the inauguration of Cambodia NA’s new administrative building, a project funded by Việt Nam.

It is Phúc’s first official visit to Cambodia as the President of Việt Nam, which aims to mark the 55th anniversary of the two countries’ diplomatic relations (June 24, 1967-2022). It is also the first visit of a foreign head of state to Cambodia since the beginning of this year.

The visit aims to implement the 13th National Party Congress’s policy for external relations. It takes place in the context of traditional friendship, solidarity, and comprehensive cooperation between Việt Nam and Cambodia continuing to develop robustly, despite the many impacts of the epidemic.

The visit is expected to strengthen political trust between the two nations and deepen their multi-faceted partnership in a more practical and effective manner. 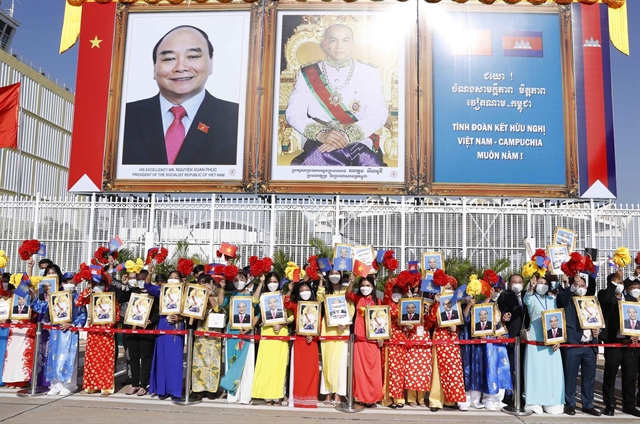 Export turnover of fertilizer rises by 174.3%

VCN - Fertilizer exports witnessed high growth in both volume and value in the first seven months of the year, according to General Department of Vietnam Customs.

Viettel Cambodia (Metfone) and Mineski Global on August 12 signed a cooperation agreement on organising e-Sport events in the neighbouring country.

The 29th ASEAN Regional Forum (ARF) opened in Phnom Penh, Cambodia, on August 5 with the participation of foreign ministers from countries in the Indo-Pacific region.