Joining the Association of Southeast Asian Nations (ASEAN) was the first step of Vietnam in the process of international integration, and the bloc has served as a gateway for the country’s integration into the region and the world, an official has said. 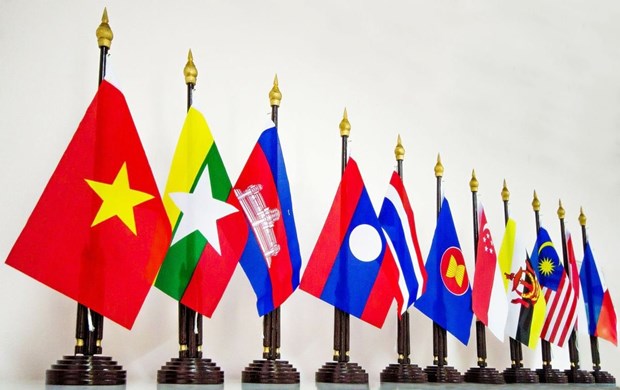 Joining the Association of Southeast Asian Nations (ASEAN) was the first step of Vietnam in the process of international integration, and the bloc has served as a gateway for the country’s integration into the region and the world, an official has said.

Pham Quynh Mai, Deputy Director of the Multilateral Trade Policy Department at the Ministry of Industry and Trade, made the remark during an interview granted to the press on August 4, on the sidelines of a conference on communications about ASEAN ahead of the bloc’s 55th founding anniversary (August 8, 1967 - 2022).

She noted Vietnam became an official member of ASEAN on July 28, 1995, which was an important turning point marking the end of a period full of difficulties, helping the country escape from sanctions, and opening up a period of integration for common development in Southeast Asia.

Since becoming part of ASEAN, Vietnam has played a proactive and active part in common activities of the association, especially economic cooperation.

Promoting the establishment of the ASEAN Economic Community (AEC) was always one of the top priorities in the country’s international economic integration process. Together with other member states, Vietnam worked hard to carry out commitments and initiatives to implement the master plan on the AEC building. As a result, the AEC came into being on December 31, 2015 with the goal of turning ASEAN into a single market and production base, Mai said.

She went on to say that Vietnam has also joined other ASEAN members in promoting extensive economic ties with partners such as China, Japan, the Republic of Korea, India, Australia, New Zealand, the US, the EU, Canada, and the UK, as well as signing and enforcing the bloc’s free trade agreements with some of those partners. That has helped boost trade and economic partnerships between ASEAN, including Vietnam, with partners. 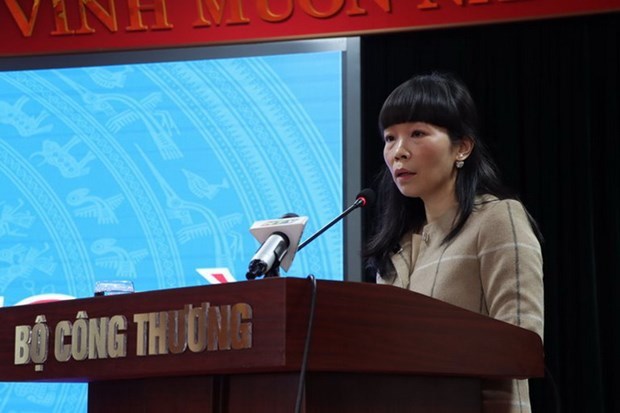 Pham Quynh Mai, Deputy Director of the Multilateral Trade Policy Department at the Ministry of Industry and Trade. (Source: moit.gov.vn)

As Chair of ASEAN in 2020, the country and other members brought into play the “Cohesive and Responsive” spirit through hundreds of virtual meetings and numerous initiatives to create conditions for consolidating regional supply chains and addressing the COVID-19 pandemic’s impacts on economies.

Besides, as Chair of the Regional Comprehensive Economic Partnership (RCEP) Ministerial Meeting, Vietnam also coordinated with ASEAN members and partner countries to promote consensus to deal with issues during the RCEP negotiation process, finalise the talks, and sign the deal on November 15, 2020.

This was a result of great efforts during Vietnam’s ASEAN Chairmanship Year 2020 and won high evaluation from partners, helping strengthen the country’s reputation in the region and the world, according to Mai.

The official added the economic integration into ASEAN has created a solid stepping stone for Vietnam’s international economic integration, practically helping to generate breakthroughs in economic development over the past years, increase exports, expand partnership opportunities for enterprises, improve people’s life quality, create more jobs, and boost people’s access to perse and quality goods with reasonable prices from around the world.

As such, the implementation of cooperation commitments within the AEC has been bringing practical benefits to Vietnam, its businesses, and people, as well as ASEAN at large, she noted./.

Deputy Minister of Foreign Affairs Do Hung Viet has highlighted the role of multilateral diplomacy in realising the dream of building Vietnam into a modern industrial country by 2045 in his recent article published on the occasion of the Lunar New Year (Tet).

The ASEAN Foreign Ministers' Retreat (AMM Retreat) wrapped up on February 4 in Jakarta, Indonesia, highlighting ASEAN's determination to promoting relations with regional and international partners on the basis of substance, equality, mutual respect and mutual benefit.