Hai Duong province, in collaboration with the Ministries of Industry and Trade, and Agriculture and Rural Development, held a trade promotion conference of the province’s lychee and typical products in a hybrid format on May 29. 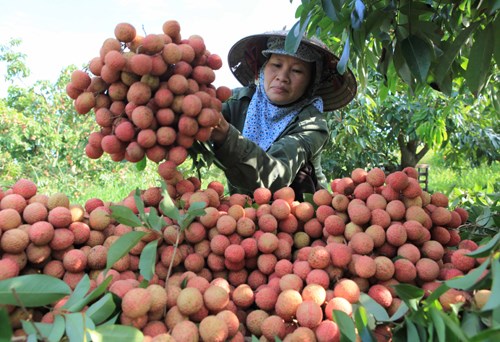 Hai Duong province, in collaboration with the Ministries of Industry and Trade, and Agriculture and Rural Development, held a trade promotion conference of the province’s lychee and typical products in a hybrid format on May 29.

The conference was connected to many Vietnamese provinces and cities and places in the US, China, Malaysia, Belgium, France, Czech Republic, Singapore, Japan and the Republic of Korea.

Speaking at the event, Deputy Minister of Industry and Trade Do Thang Hai affirmed that his ministry will continue to coordinate with and support the province to promote its brand, promote connectivity and export transactions of lychee and other typical products in domestic and foreign markets. He also suggested Hai Duong actively apply digital technology and e-commerce in trade promotion activities.

In order to increase the value of agricultural products in general and lychee in particular, Deputy Minister of Agriculture and Rural Development Nguyen Hoang Hiep said that Hai Duong needs to strengthen the preservation and processing stages and focus on the development of specialties of each locality.

Secretary of the Hai Duong provincial Party Committee Pham Xuan Thang stated that the locality's agriculture is developing in the direction of large-scale, concentrated commodity production, with high, smart and organic technologies applied. 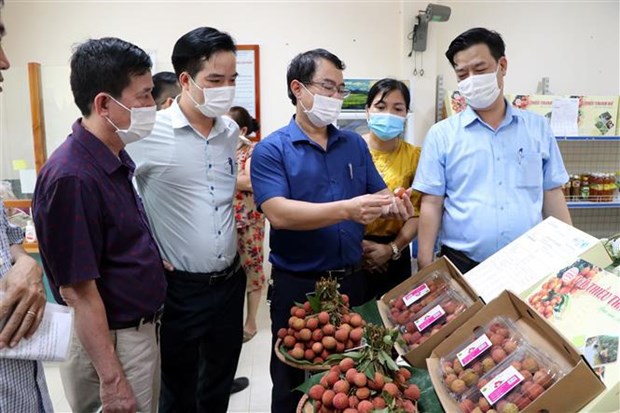 Currently, its Thanh Ha lychee is present in most provinces and cities in the country and is exported to major markets such as China, Japan, the US, France, Australia, Singapore and Thailand. Last year, Hai Duong lychee impressively overcame the COVID-19 storm in 2021 with a total production value of 1.4 trillion VND (60.3 million USD), 234 billion VND higher than that of 2020.

Hai Duong continues to promote the sales of Thanh Ha lychee and typical products on e-commerce platforms and digital platform applications, he added.

Within the framework of the conference, cooperation agreements on supporting the sales of lychee and typical products between the province and e-commerce platforms and between local lychee and farm produce exporters were signed. The Hai Duong Trade and Tourism Promotion Week also opened.

VCN - Approaching the lychee harvest, the largest lychee-growing localities in the country such as Bac Giang and Hai Duong have been finally getting ready for a successful harvest and consumption.

VCN - The largest lychee growing localities in Bac Giang and Hai Duong have been getting ready for a successful harvest. It is forecasted that the quality of lychee fruit in 2022 will be the best ever, completely meeting the requirements of "fastidious" import markets.

Enterprises expect the export of lychees this year to increase by about 30 per cent this year.