Coffee exports in the first nine months of this year decreased in volume but increased in turnover, with Germany being the largest market for the product. 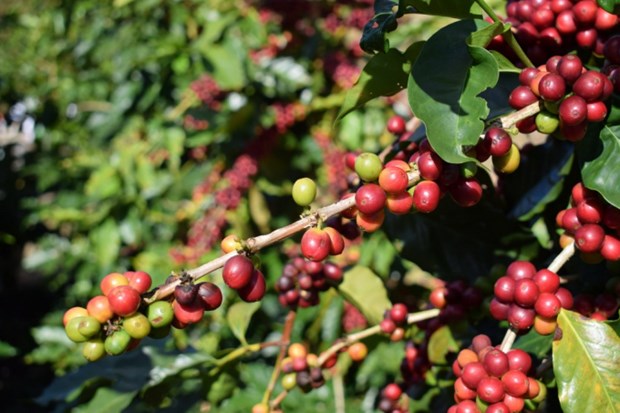 Coffee exports in the first nine months of this year decreased in volume but increased in turnover, with Germany being the largest market for the product.

According to the Vietnam Industry and Trade Information Centre, Vietnam shipped 1.18 million tonnes of coffee overseas for 2.23 billion USD, down 5.4 percent in quantity but up 3.4 percent in turnover and 9.2 percent in price annually.

The lion’s share of the total export volume, at 181,014 tonnes, was sold to Germany, reeling in 319.52 million USD. The figures represented a decrease of 1 percent and an increase of 13.8 percent from the same period last year, respectively.

The US came as the second biggest market of Vietnamese coffee between January and September, spending 189.42 million USD on 96,472 tonnes, dropping by 13.9 percent and 5 percent year-on-year.

The amount of coffee exported to Italy during the period, meanwhile, reached 100,464 tonnes, reeling in 171.82 million USD. These meant annual deceases of 11.9 percent and 4 percent, respectively./.

VCN - The international market in the first months of 2022 has been constantly fluctuating, bringing both positive and negative impacts to enterprises. This makes them set plans and scenarios to be ready to respond.

The search volume for Vietnamese tourism has been surging while the number of international arrivals has been also on the rise, signaling the tourism sector’s recovery, Lao dong (Labour) newspaper reported.

The Trade Promotion Agency under Ministry of Industry and Trade (MoIT) stands ready to support and create favourable conditions for companies of Vietnam and Côte d'Ivoire to promote bilateral trade in the future, its director Vu Ba Phu has said.