Export growth may be slower than expected in H2: HSBC 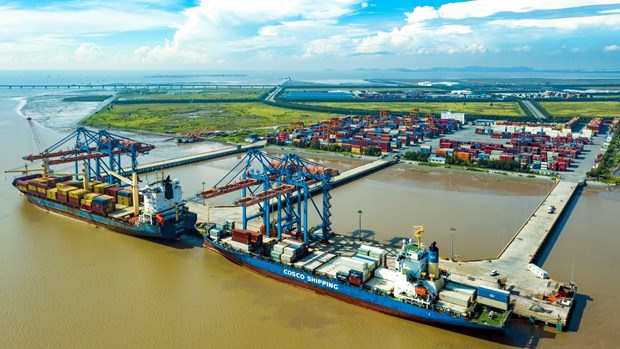 In its “Vietnam at a glance” report released on August 17, it said after the impressive export growth in H1, a slower-than-expected pace has been recorded since the start of H2.

The main cause is a growth slowdown in the electronics industry, especially mobile phones. Samsung’s second-quarter results show that demand for consumer electronics is weakening, thus affecting the smartphone, TV, and other segments.

While textile, garment and footwear exports rose sharply, by 30% from a year earlier, the Vietnam Textile and Apparel Association forecast the amount ordered will decline in the time ahead.

In July, import growth also slowed down to only 3.4% compared to the double-figure growth in previous months, partly due to lower energy prices, thereby reducing import orders of such commodities as steel, coal, and crude oil.

The HSBC report showed that despite an unpredictable global economic situation, the domestic economy has continued to reap certain successes.

Also in July, Vietnam attracted more than 350,000 foreign tourist arrivals, tripling the monthly average in H1, bringing the total visitors to the country so far to 1 million./.