VCN - Many export markets of Vietnam's catfish have bounced back after a period of deep decline. In addition, high export prices are opening up many opportunities for key export seafood products of Vietnamese enterprises.

Great opportunity from the EU market

According to the Vietnam Association of Seafood Exporters and Producers (VASEP), in the first half of this year, catfish exports to the EU market have bounced back after more than three dismal years. As of the first half of May 2022, the total export value of frozen catfish to this market reached US$76.8 million, up 95% over the same period last year. In which, the Netherlands is the most attractive market, accounting for 31.7% of the total value.

Analysis by Ms. Ta Ha, VASEP's catfish market expert, shows that the spillover of the Ukraine conflict has had a global impact. Experts warn that the conflict could have even bigger impacts, including triggering a food crisis. As a matter of fact, the EU is the main trading partner of agricultural, food and seafood products with Russia and Ukraine.

Moreover, the conflict in Ukraine and sanctions against Russia have shifted Europe's economy and markets on a much larger scale than in previous crises such as the Covid-19 pandemic. Inflation in Europe is hitting a record high and threatens to undermine the manufacturing resumption that began last year as economies struggled to bounce back from the coronavirus pandemic.

It is forecast that food prices in Europe will increase to unprecedented levels, which is an opportunity for local businesses to penetrate this market after many years of stagnation.

The fact that many EU and US countries are "punishing" Russian pollachius - which has been the competitive rival to catfish also caused the supply of white fish in this region to decline. However, this is a good opportunity for Vietnamese catfish enterprises to promote the export of frozen catfish to the EU, said Ms. Ta Ha.

Among the top five largest catfish exporters in Vietnam, Nam Viet Joint Stock Company (NAVICO) said that by the end of April 2022, the company's catfish export value reached US$44.4 million, an increase 43.7% over the same period last year.

The company predicts that this year Vietnam's catfish will have a bumper season and a good price. Banned Russian Pollachius products will be a good opportunity for NAVICO to enter Western Europe and the US. In August 2022, NAVICO will start exporting catfish to the US market.

According to seafood businesses, catfish exports to major markets are good and stable. China - Hong Kong is still the most attractive market with a value of more than US$300 million, up 156% over the same period last year. The US is the second-largest market with an export value increasing by 136%, equivalent to US$241 million. Catfish exports to the EU market also increased by more than 84%, reaching US$65 million. At the Global Seafood Expo in Spain at the end of April, many Vietnamese catfish businesses introduced customers to a number of value-added products and took advantage of market expansion, signing more contracts. It is forecast that in the second quarter of this year, catfish exports to major traditional markets will maintain satisfactory results.

Recently, the US Food Safety and Inspection Agency (FSIS) has recognized 6 more factories that are allowed to process and export frozen catfish to the US market. Thus, up to this point, FSIS has recognized 19 factories on this list. Along with that, the Animal and Plant Quarantine Service of the Russian Federation also added two more enterprises to the list of allowed exports to the Eurasian Economic Union.

According to Ms. Ta Ha, in 2022, catfish exports to the US market are forecast to be optimistic and this trend is similar to exports to Canada and many other markets. Therefore, Vietnamese catfish businesses need to take advantage of this opportunity to further promote exports to Canada - a high-priced seafood import market in North America.

Businesses are also worried about price escalation. Following the peak price of raw catfish in the Mekong Delta at the end of the first quarter of 2022, the average export price of frozen fillets to most markets also increased sharply. The world catfish market is moving in a good direction. However, although orders are increasing, raw fish is lacking.

According to data from the General Department of Fisheries, this year, the new farming area is only 94% year on year. Harvest output reached 350,000 tons, up 8.8% over the same period last year. In some key catfish production localities such as Dong Thap, the farming area only reached 94.6%; Vinh Long's intensive catfish farming area also decreased by 22.9% over the same period last year. It is forecast that the shortage of raw materials will last until at least the end of the third quarter of 2022.

How to speed up exports of processed foods to Japan?

VCN - In order to strongly promote the export of processed foods to the Japanese market, enterprises must pay special attention to ensuring the quality of goods. It is necessary to establish a close link channel, ensuring synchronization and smoothness in all stages from production to storage, transportation and export.

VCN- The draft Law on Prices (amended) has provided more specific regulations on price declaration to serve price stabilization in case of necessity as well as one of the sources of information for the price database. 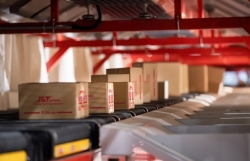 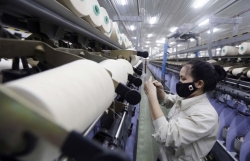 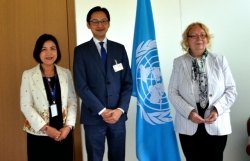