Since commercial banks has seen big earnings during the third quarter of 2021 despite social distancing measures in place in many cities and provinces, insiders believed there is still room for lenders to further cut interest rates for enterprises affected by COVID-19. 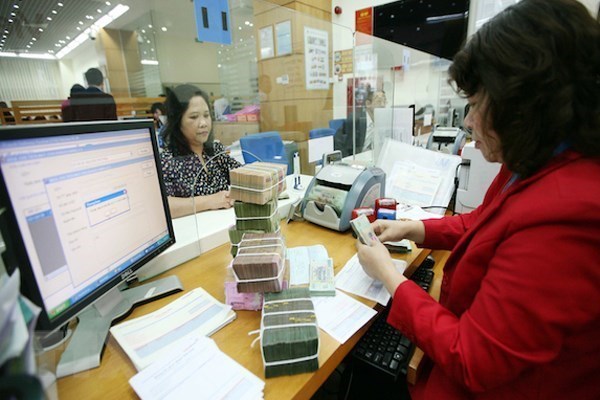 Since commercial banks has seen big earnings during the third quarter of 2021 despite social distancing measures in place in many cities and provinces, insiders believed there is still room for lenders to further cut interest rates for enterprises affected by COVID-19.

Fiin Group reported that total profits of nine banks in Q3 declined 13.4 percent compared to the previous quarter, largely because they have increased provisions in the face of rising bad debts and slashed interest rates to support pandemic-hit firms. The figure, however, is still 10.8 percent higher than the same period last year.

The profit growth was even much higher in the first nine months of 2021 on the back of the banks' good performance during the early months of the year. For example, Vietinbank’s pre-tax profit edged up 3.3 percent year-on-year in Q3, and surged an exaggerate 33.6 percent year-on-year in the first three quarters of this year, according to SSI Research.

A majority of profits came from the credit segment. The National Citizen Commercial Joint Stock Bank (NCB) earned nearly 1.09 trillion VND in net interest income from January-September, up 30.9 percent from a year earlier.

An insider said the banks’ input costs are currently very low as a result of increasing Current Account Savings Account (CASA). “COVID-19 has forced more people to turn to non-cash payment services,” the source said, “this has double benefited the banks who have enjoyed not only inexpensive source of funds from deposits but also expanding revenue from extra services.”

It is reported that there is a significant gap among banks when it comes to interest rate reduction for people and businesses affected by the COVID-19 pandemic.

Data from the State Bank of Vietnam (SBV) showed that 16 banks in Vietnam waived more than 8.8 trillion VND worth of interest rates for affected borrowers from July 15 – August 31, equivalent to 43.01 percent of the committed amount of 20.6 trillion VND.

BIDV led the way with over 1.03 trillion VND, followed by Vietcombank (943 billion VND) and Vietinbank (857 billion VND), while the reduction amount was only below 100 billion VND in many private lenders.

From that perspective, the source said there is large room for banks, particularly private lenders, to further cut interest rates and services fees to aid struggling clients./.

VCN - The recent sharp fluctuation of the exchange has hit businesses badly due to increased costs. However, businesses still face a double whammy from liquidity and interest rates.