Several key construction materials have seen a sharp price hike during the first three months of 2022, putting significant pressure on property prices, according to the Vietnam Association of Construction Contractors. 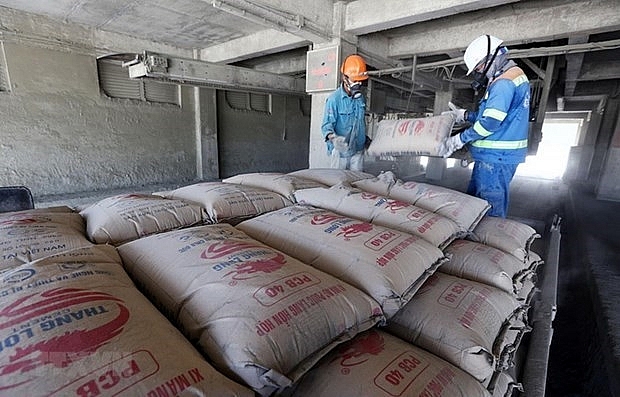 Prices for concrete have increased by VNĐ100,000 (US$4.4) per tonne since the beginning of the year. VNA/VNS Photo

Several key construction materials have seen a sharp price hike during the first three months of 2022, putting significant pressure on property prices, according to the Vietnam Association of Construction Contractors (VACC).

Notably, since the beginning of the year, steel prices have increased to over VNĐ19 million per tonne after seven price hikes.

"I'm not confident that most contractors can hold out for much longer. There have been many who were forced to exit the market as prices kept rising while investors kept delaying payment," said Hiệp, "I've seen contractors going into the red because they didn't receive their payments in time due to their overwhelming financial obligations."

Hiệp said the average construction price for low-rise buildings had increased by 50 per cent. By his estimation, newly signed contracts must readjust construction costs by a 20-25 per cent increase.

Nguyễn Thị Thanh Hương, director-general of Đại Phúc Land SJC, said rising petrol prices were another factor that has driven prices up for contractors since the beginning of 2022. However, it's difficult to predict how much impact it will have on property prices.

Hương said the rising costs would likely hurt property developers, especially those who failed to sign long-term contracts with suppliers and contractors. She said developers might be forced to increase their prices sometime in the second or third quarter this year.

In a recent report, the Ministry of Construction said construction material prices are likely to keep going up in line with the global trend in the near future. The ministry said while supply remained ample for current demand, the rising cost has forced suppliers to increase their prices. The report said Việt Nam's total concrete output stayed at over 106 million tonnes per year and could hit over 122 million tonnes if needed. — VNS

Picture of inflation control in 2023

VCN - In the coming time, many factors will affect inflation control. The results of inflation control in 2022 will be the premise for Vietnam to achieve the goals set by the National Assembly for 2023.

VCN – Although the stock market in 2023 continues to undergo difficulties, the rising first trading sessions of the year predict that the market will recover.

Inflation to decrease this year

VCN - This information was given at the workshop ‘Price, Market Development in Vietnam in 2022 and forecasts for 2023’ held on Tuesday January 4.