Seven business associations have called on HCM City to defer the imposition of and reduce port infrastructure and service fees saying businesses have not yet fully recovered from the effects of the COVID-19 pandemic. 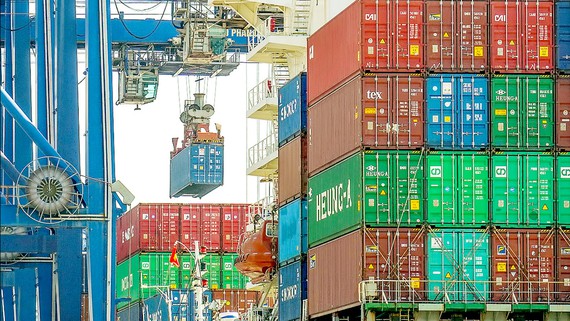 HCM City plans to collect fees for the use of infrastructure and public services at ports from April 1 to raise funds for road development, but business associations have called for a postponement and year-end start. — Photo sggp.org.vn

Seven business associations have called on HCM City to defer the imposition of and reduce port infrastructure and service fees saying businesses have not yet fully recovered from the effects of the COVID-19 pandemic.

The city plans to launch an automatic system for collecting fees for using infrastructure and public services at its ports from April 1, and use the revenues to develop roads near ports to ease congestion and improve connectivity.

According to the associations, the fee amounts are “unreasonable” and this is “not the right time” for the collection plan.

Businesses began to recover at the start of the year, but now the surging prices of fuel are driving up prices of raw materials and marine transport costs.

Businesses are also dealing with other problems such as labour shortage, supply chain breakage and lack of resources, they said.

According to the Việt Nam Association of Seafood Exporters and Producers, Việt Nam’s logistic fees are already high compared to neighbouring countries, and collecting the new fees now would further hamper businesses’ competitiveness.

Businesses have also pointed out that since the fees are collected for both importing and exporting containers, exporters who need to import raw materials would be charged twice.

The associations want the collection to be put off until the end of the year and fees to be reduced.

They also want the city to clarify for how long it would collect the fees and how exactly they would be used.

The city began to collect the fees on a trial basis for a month from February 16.

The original plan was to start last July, but the pandemic forced a delay. — VNS

A survey conducted by the association showed 63% of Japanese enterprises said they would continue investing in operation expansion in the next 1-2 years, reflecting that investors have great expectations for Vietnam's economic growth.

Seaports nationwide are still working through Lunar New Year (Tet) break to ensure that import-export activities are not disrupted, according to the Vietnam Maritime Administration (VMA).