Many banks have announced plans to increase capital strongly in the ongoing season of general meetings of shareholders (GMS) this year. 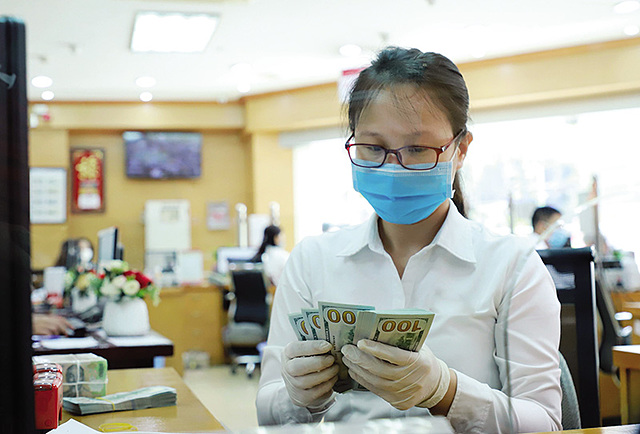 A bank teller counts US dollars in a branch in Hà Nội. Banks are racing to increase charter capital in 2022. — Photo ndh.vn

Many banks have announced plans to increase capital strongly in the ongoing season of general meetings of shareholders (GMS) this year.

SeABank was the latest to announce plans to increase its charter capital from VNĐ16.59 trillion to VNĐ22.69 trillion in 2022. The bank’s capital increase, which is aimed to continually improve its financial capacity, supplement capital for business activities and achieve set growth goals, will come from issuing shares to pay pidends, ESOP and private placement.

For the ESOP, SeABank has expected to issue 59.4 million shares for employees.

In addition, SeABank might make a private placement of 228.7 million shares to foreign investors if necessary.

Recently, Military Bank (MB) said it would continue to implement the plan to increase charter capital by VNĐ892.4 billion. Accordingly, the bank will issue 70 million shares for network operator Viettel Group and 19.24 million shares under the ESOP programme.

In addition, MB also plans to offer 65 million new shares in 2022-2023 at a put-through price that is not lower than the book value, according to the latest audited financial statements.

MB’s additional charter capital is expected to be nearly VNĐ9.1 trillion, which will be used to supplement the bank’s investment and business capital.

Previously, early this month, the board of directors of ACB also submitted a plan to its shareholders to increase capital to more than VNĐ33.7 trillion by issuing shares to pay pidends in 2021 at the rate of 25 per cent.

MSB has also submitted to the bank’s general meeting of shareholders to approve the pidend payment in shares at a rate of 30 per cent for 2021.

Meanwhile, the general meeting of shareholders of VIB approved the payment of pidends and bonus shares at the rate of 35 per cent besides an ESOP programme to raise the charter capital to VNĐ21 trillion.

As for State-owned banks, at the upcoming general meeting of shareholders, Vietcombank will also submit a plan to increase its charter capital in 2022.

Earlier this year, the bank completed the issuance of more than 1.02 billion shares from the remaining profit source in 2019 to pay pidends, raising its charter capital to more than VNĐ47.3 trillion.

After completing the pidend payment in shares at a rate of 25.7 per cent to increase its charter capital to VNĐ50.58 trillion recently, BIDV has also planned to issue 341.5 million new shares, equivalent to 8.5 per cent of charter capital through a public offering or private placement.

Expert Trần Du Lịch forecast the bank’s race to increase charter capital would continue strongly in 2022, explaining that as credit growth increases, the banks’ equity must also be raised at the same rate to help them maintain their growth momentum and meet the capital adequacy margin. — VNS

VCN - In the context that new corporate bond issuance activities have been almost frozen, the bond market has witnessed an increase in repurchase activities in October 2022, thereby significantly reducing the pressure from the bond outstanding that will have to mature this year. 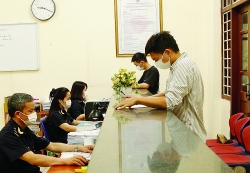