VCN – The recommendations from the 2014 Public Expenditure Review have been fully realised, achieving positive results and meeting the demands of public budget management.

The 2014 Public Expenditure Review (PER) was jointly conducted and published by the Government of Vietnam and the World Bank, with the support of the Department of Foreign Affairs and Trade, the Swiss State Secretariat for Economic Affairs and Global Affairs Canada. The Review has assisted the Government in creating a fiscal space for major expenditure needs, while ensuring fiscal sustainability. After five years of implementing recommendations, Vietnam has achieved positive outcomes in public expenditure management. The State budget has been used in a more proactive and effective manner, therefore contributing well to socio-economic development.

According to the Vice Minister of Finance, Vo Thanh Hung, the 2014 PER made 68 recommendations to the Government, ministries, sectors and subnational governments regarding their priorities in public finance reforms, amid the difficulties and challenges that Vietnam has been facing.

“Since 2017, many PER recommendations have been institutionalized and have proven to have had major impacts on the development of the five-year national financial plan, the medium-term investment plan, the rolling three-year budget plan, the new Public Debt Management Law and guiding documents which also drew from international best practices. They have helped to improve legal frameworks and created more favorable conditions for foreign investment. This has allowed for more focus on transport corridors, primary road networks, expressways and the elimination of bottlenecks” – said Vice Minister, Vo Thanh Hung.

96% of recommendations have been implemented and more than 60% have been fully realized. The Vice Minister stated that the PER has shown the effectiveness of the advisory assistance to the Government in recent policy-making and reform.

Mr. Nguyen Minh Tan, Vice Director of the State Budget Department of the Ministry of Finance, also emphasized that the implementation of recommendations has assisted Vietnam in improving its investment and business environment, allocation and use of resources, social security assurance, anti-corruption and waste. In the meantime, Vietnam has applied international best practices in public expenditure management, enhanced transparency and accountability in sync with the increased autonomy of subnational governments and spending units and strengthened international cooperation in budget and public investment management.

Recommendations of the 2014 PER focused on three areas, namely fiscal sustainability, results-based accountability and linkages between public expenditure and national priorities.

“This plan has contributed to ensuring national financial security, promoted economic growth and created a fiscal space to cope with disasters, pandemics and climate change. This has ensured social security and successfully balanced the ‘twin’ objectives of pandemic control and economic recovery in 2020. As a result, the Vietnamese economy expanded by 2.91%, one of the highest growth rates in the world. Its credit rating was maintained and its outlook changed to positive”, Mr. Nguyen Minh Tan assessed.

He said in order to improve the effectiveness of public investment, Vietnam has to link its financial plan with its national socio-economic plan, as well as national and sectoral economic priorities. The country has restructured sectoral investment and linked capital spending and recurrent spending. Ministries and subnational governments have also been proactive in allocating and using capital investment, thus improving the effectiveness of resource allocation.

In addition, the implementation of PER recommendations has helped to increase budget comprehensiveness and transparency. The State Budget Law has supplemented a range of regulations, in which revenue and spending have been clearly defined, with budget deficits brought closer to international best practices. Budget information is now adequately disclosed in a timely manner. The Ministry of Finance has developed and maintained the Open Budget Portal, which contributes to improving fiscal discipline and the Open Budget Index, and as a result, the National credit rating. In the meantime, the ministry has developed whole-Government financial statements in order to assist the National Assembly in assessing public expenditure effectiveness and credit rating, whilst examining and monitoring fiscal activities.

However, the implementation of PER recommendations has its own limitations. With regard to the late implementation of several recommendations, the Ministry of Finance revealed that several regulations have not been revised, and performance-based budgeting has been hard to bring to life. Moreover, the supplementation of several revenue policies for more comprehensive revenue sources and broadened tax bases has faced delays and difficulties from the public. Regulations on the mobilization of extra-budgetary resources for capital investment have not been synchronized. In particular, policy stability has not been ensured.

As the COVID-19 pandemic is predicted to linger and affect the State budget revenue as well as spending on the pandemic combat, it is necessary to flexibly combine fiscal and monetary policies to keep macro-economic stability, said Minister of Finance Ho Duc Phoc.

VCN – The Ministry of Finance submitted to the Government to report to the National Assembly for approval of the State Budget Estimate in 2022 and the three-year finance-budget plan for 2022-2024. 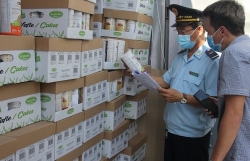 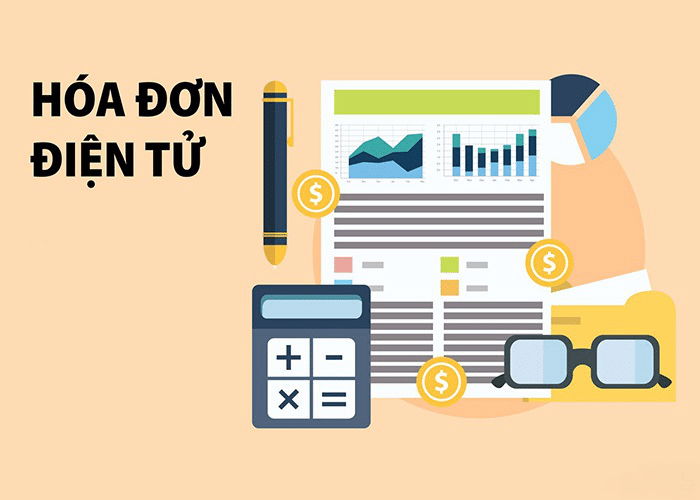 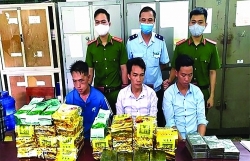 The Customs sector continues to fight drug-related crimes
Lastest
Over 99.5% of businesses in Ha Noi register to use e-invoices If prices are not controlled, people will face difficulties during Tet Large-cap stocks will return to be the market"s leader in 2022 Over 200 tax debtors named by Hanoi Tax Department Hanoi collects VND110 billion in tax from five groups of e-commerce businesses Principles for capital allocation for national target program in ethnic minority and mountainous areas Banks’ charter capital surged in 2021 Why has tax debt increased? Transport Ministry urges disbursement of 2021 public investments The Ministry of Finance fulfills financial and budgetary tasks in 2021