Vietnam's cashew nuts have accounted for approximately 90 percent of the US cashew imports in spite of fierce competition from other suppliers. 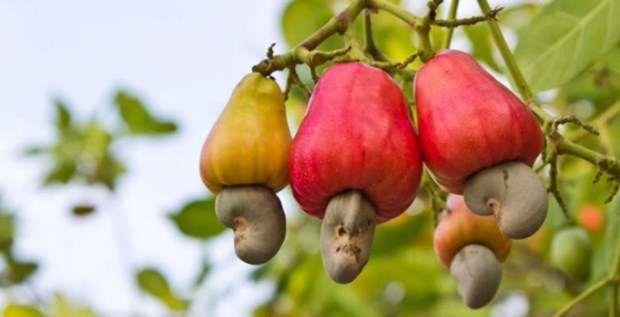 Vietnam's cashew nuts have accounted for approximately 90 percent of the US cashew imports in spite of fierce competition from other suppliers.

The US imported over 97,000 tonnes of cashew nuts worth 615.68 million USD during the first seven months of this year, an increase of 0.5 percent in volume and a drop of 6.1 percent in value compared with the same period last year, according to US International Trade Commission.

Strict social distancing measures and high freight costs caused by the fourth wave of COVID-19 have exerted a negative impact on Vietnamese cashew exports to the US.

However, the share of Vietnam's cashew nut in the US market during the first seventh month of 2021 rose slightly to 89.26 percent from 89.08 percent last year.

The country maintained its position as the number 1 cashew nut supplier of the US thanks to its stable supply and good quality./.

Vietnamese cashew nuts to be introduced in Australia

Australian people will have a chance to taste Vietnamese cashew nuts in a programme which will be held by the Vietnam Trade Office in Australia from September 25 – October 2.

VCN – Post Clearance Audit has worked to detect violations in recent times. Initially, the unit has concluded and pointed out many signs related to violations in imported cashew nuts

As the market recovers, many billion-dollar export industries gain achievements

VCN - From now until the end of the year, orders of many important export industries such as textiles, wood, aquatic products are quite positive. However, many businesses are worried about production disruption; supply cannot meet demand because of developments of the Covid-19 pandemic in a series of localities across the country.